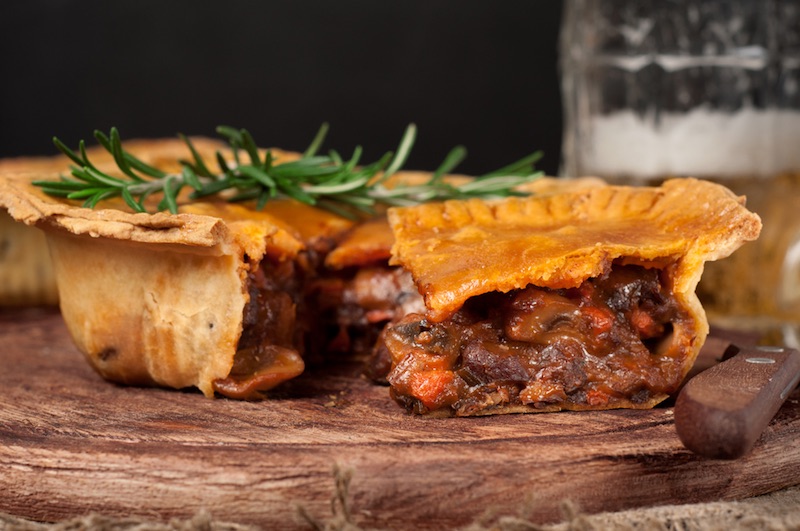 Sutton United goalie mired in regulation investigation following controversy about his pie-eating antics during the team’s match with Arsenal.

If you’ve occasionally needed to take some time out to scoff a pie in the middle of an FA Cup match, you’re not alone. Wayne Shaw, a reserve goalkeeper for Sutton United, did just that last month – consuming it live on air during his team’s 2- 0 defeat at the hands of Arsenal.

But, unlike other piescoffing football fans, Shaw is now apparently being investigated for a potential breach of the Football Association’s regulations on gambling, due to the fact that his choice of snack happened to coincide perfectly with a Sun Bets market.

“Sun Bets, The Sun newspaper’s sports betting website, offered a price of 8-1 on Shaw eating a pie “live on air” at any point during the televised fifth round tie at Gander Green Lane,” wrote Mark Critchley in The Independent.

“Shaw, who became something of a social media celebrity during Sutton’s run, on account of his weight, duly consumed the meat-based savoury snack on camera during the second half after his side had used all three substitutions.”

Shaw, who admitted he was aware of the bet market, had apparently taken the pie from the club’s kitchen at half-time, and later confirmed to reporters that its contents were meat and potato.

Discussing the fans and friends of his that had placed bets on the Sun Bets market, he told reporters: “It was just a bit of banter for them. It is something to make the occasion as well and you can look back and say it was part of it and we got our ticket money back.”