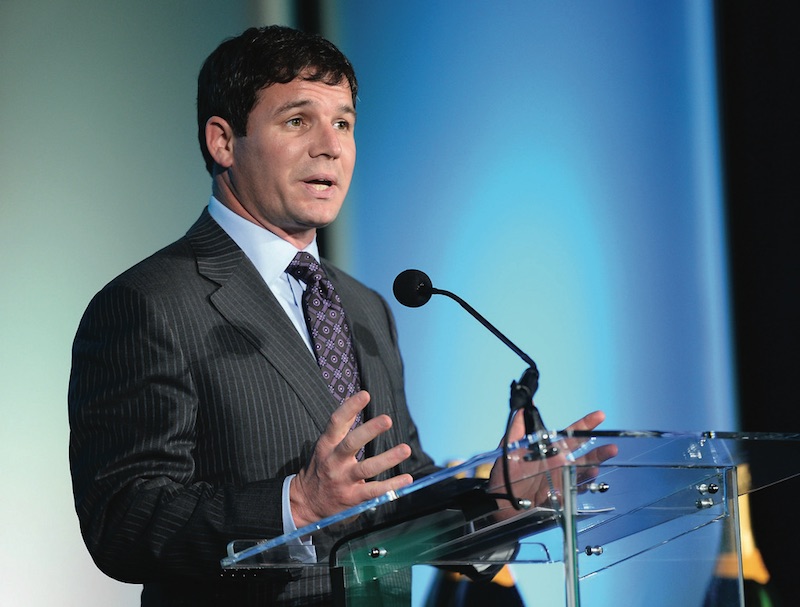 The American Gaming Association’s Geoff Freeman describes the mounting pressures against the 25- year-old federal ban on US sports betting.

A perfect storm is brewing across the US which could lead to a regulated sports betting market sooner than expected, says CEO of the American Gaming Association, Geoff Freeman.

The ballooning illegal betting market in the States combined with a growing resistance from a “chorus” of federalists, members of congress, the Supreme Court, and now a potentially pro-betting president, are all totting up to a repeal of PASPA – the 1992 Professional and Amateur Sports Protection Act.

“It’s clear that sports betting has never been more popular,” says Freeman. “Thanks to a 25-year-old federal ban, though, nearly every bet is placed illegally.

“But a perfect storm of events could soon change this.”

Firstly, Freeman asserts that public opinion favour new legislation. Nevada’s legal and regulated sports books are breaking records, he explains, daily fantasy sports have exploded onto the scene and TV and radio coverage now “talk of betting lines as much as of starting lineups.”

Nearly nine of ten voters now think gaming is an acceptable form of entertainment and many are surprised when they can’t find a legal sportsbook, he says. “Yet they clearly find a way to bet on games.”

The renewed vigour comes off the back of figures released last month, showing that the amount of illegal bets placed on the Superbowl reached a record peak of $4.5bn. Conversely, only $100m was placed through legal sports books in Nevada.

That Trump himself has welcomed a more pragmatic approach is also spurring on advocates. When asked specifically about sports betting in the context of illegal wagering on last month’s Superbowl, Trump said he was open to a change: “What I’d do is I’d sit down with the commissioners.”

Another cause for optimism is the United States Supreme Court, which recently highlighted potential constitutional problems posed by a federal ban. In January the Court asked the solicitor general to submit a brief on the appeal filed by New Jersey, “which could grant cert later this year.”

“And then there’s congress,” Freeman adds. “As casino gaming has become a mainstream, omnipresent industry that operates in 40 states instead of just a few, more and more members of congress represent districts in which their constituents work in a casino and their communities benefit from millions of dollars of tax revenue from gaming.” Yet another cohort sounding the alarm in 2017 is a growing body of federalism advocates “voicing their displeasure with the ban.”

The National Conference of State Legislatures and US Conference of Mayors have strongly urged regulation of sports betting. Pennsylvania passed a resolution last year opposing PASPA; New York and New Jersey are rejecting the ban on constitutional grounds, and several other states have filed amicus briefs in support of their rights to make their own sports betting laws.

“The tide is clearly turning,” Freeman adds. “Allowing states to oversee sports betting would create an environment of strict regulation, rigorous consumer protections and robust tools for law enforcement and leagues to root out illegal gambling and uphold the integrity of games.

“That’s a far better solution than a failed federal ban that turns millions of American sports fans into criminals every Super Bowl Sunday.”