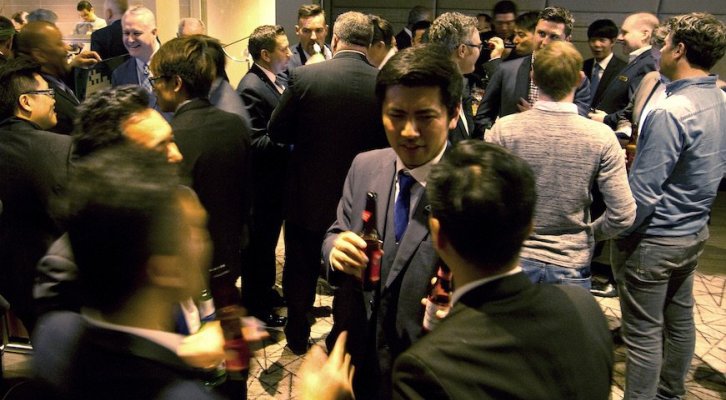 MGEMA played host to dignitaries from the political, regulatory, gaming and entertainment industry at a special reception during ICE.

The Macau Gaming Equipment Manufacturers Association (MGEMA) played host to dignitaries from the political, regulatory, gaming and entertainment industry in London in February when it staged its second International Reception at the ICE Totally Gaming exhibition.

Over 150 people attended the event which saw the MGEMA bring over the largest ever business delegation from Macau and China to an international trade show in the gaming, technology and entertainment sector.

The MGEMA party, which included senior officials from eight commercial gaming organisations and led by Jay Chun, Chairman of the trade association, said they were “overwhelmed” by the response to the reception and believed the ICE presence added strength to the Macau cause and its message of an open door to business.

The reception, which took place at the esteemed Crowne Plaze Hotel in London’s Royal Docklands, formed part of the MGEMA’s 2017 international relations program and drew a notable list of dignitaries from the Americas, Malta, Israel, Canada, Germany, Portugal, the Native American nations and the United Kingdom.

During his official welcome, Jay Chun, Chairman of the MGEMA, said: “Over the past few years we have been engaging more actively with our colleagues around the world and the ICE reception has proved to be a popular and key event both for us and our guests. Macau is recognized as the largest single market in the world, but we want to make sure that the global industry is part of this. Macau is open for business, and this message is crucial to us, and it’s one that we continue to convey at every opportunity.”

The reception, which took place on the busiest day at the ICE Totally Gaming exhibition, the largest gaming trade show in the world, provided MGEMA with a unique opportunity to cement key relationships with trade associations from around the globe in some of the most influential regions for the gaming industry. One to one meetings were also held with key bodies during the three days at ICE.

Mr Chun added: “Our ICE reception was an ideal opportunity to meet fellow attendees visiting London and for us to present our new marketing strategy to the international gaming community. This year’s gathering featured some very exclusive guests and enabled the MGEMA to work towards its aim of bringing our marketplace closer and more actively engaged within a truly worldwide industry.”