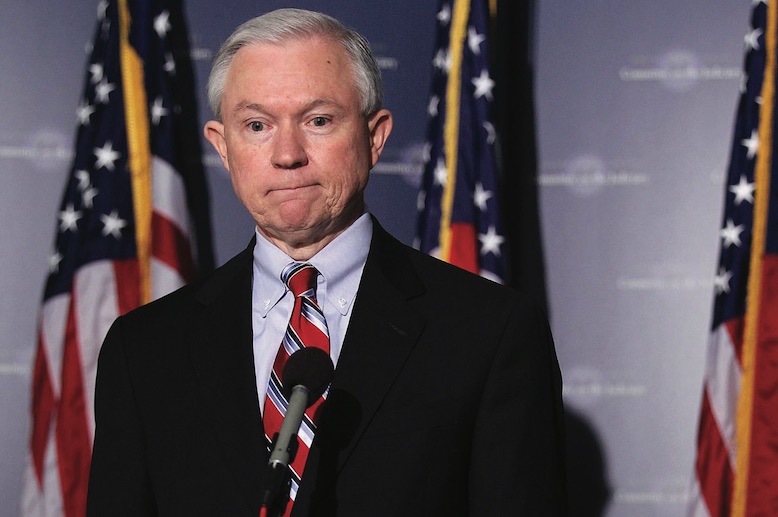 Donald Trump’s attorney general, Jeff Sessions, who only last month threatened to wipe out the US online gaming industry with the stroke of his pen, could yet be the victim of his own untimely end. Whilst he seems likely to hang on in there, will he now have to show some restraint with that pen?

The scandal ensnaring one of President Trump’s closest allies, attorney general Jeff Sessions, can only be positive for the future of igaming in the US. Or one assumes so.

The Alabama senator became the single biggest threat to the liberalisation of online gambling across the States when he threatened to reinterpret the Wire Act as a federal prohibition of igaming at his confirmation hearing last month.

Yet thanks to a totally separate comment in that very same confirmation hearing, Sessions, an ardent support of Trump’s campaign, now stands accused of lying under oath before the senate – a crime which many believe should cost the attorney general his job.

Having been asked directly by Senator Franken what he would do should he learn that “anyone affiliated with the Trump campaign” had communicated with the Russians, his response was unequivocal.

“I did not have communications with the Russians,” Sessions said under oath, although it later emerged that in fact he had met with Russian ambassador Sergey Kislyak on two occasions.

The Russian revelation came only days after Michael Flynn, an ex-army lieutenant general and special security advisor to president Trump, was forced to resign for failing to disclose his own conversations with the same Russian official. Many are now calling for Sessions to do the same.

Rather than concede to a second dismembering in as many weeks, Trump is for the time being standing by his man, describing Sessions as an “honest” person who “probably” testified truthfully, although could have replied “more accurately.”

How long this holds up is unclear, although the scandal could be enough to neuter Sessions’ more audacious ambitions.

Sessions lost favour with federalists of all stripes in January when he suggested he would “revisit” what he considered an “unusual” interpretation of the 1961 Wire Act – a 2011 opinion that paved the way for state-bystate online gaming legislation. By reinterpreting the opinion, Sessions would effectively bypass the legislature to introduce a nationwide ban of igaming, say his opponents, that the authors of the 1961 Act could not possibly have intended.

Last month, Sessions also intimated a federal crackdown on marijuana, another policy area in which states currently enjoy their own lawmaking powers. Yet only days after the Russian scandal emerged, Sessions climbed down from this unpopular platform, reassuring republicans that he will show “respect for states’ rights on these things.”

If Sessions can survive the calls for his resignation, which is in some doubt, the igaming community can only hope his now precarious tenure tempers his inclinations to tamper with federal law.