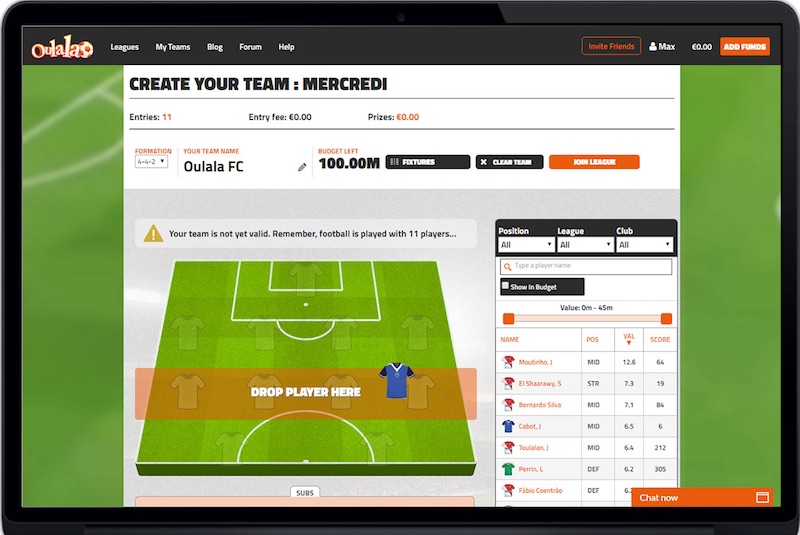 The daily fantasy sports (DFS) provider, Oulala.com, has reached a landmark goal for the sector by becoming the first licenced B2B DFS supplier.

Oulala’s goal, which was to be regulated separately from other iGaming activities, was achieved when they received an official controlled B2B skill games licence by the Malta Gaming Authority (MGA) this week.

In order to operate legally in the UK market, the Malta-based firm had to acquire a remote gambling licence simply because of the lack of proper regulation.

”The authorities in Malta were the first in foretelling the impact of DFS’s potential in Europe, and the MGA was in fact the first regulator to acknowledge our needs,” explained Benjamin Carlotti, one of the co-founders and Managing Director at the company that offers an award-winning fantasy football platform for API integration as well as a complete turnkey solution. ”We are incredibly proud to be participating in the development of a licensing framework that regulates skill-based games, fantasy sports included. This was a highly significant step in the right direction, and our hope is that other European regulators will soon follow suit.”

The MGA spent more than two years working on a new licence category for ”controlled skill games,” which specifically regulates DFS and defines it as a game of skill, i.e. not gambling.

Commenting on the landmark licence, MGA’s Executive Chairman, Joseph Cuschieri, said: ”The Malta Gaming Authority is pleased to be issuing a B2B licence for fantasy sports to OulalaGames Ltd under the new skill games regulations. Malta’s regulatory framework ensures a high standard of player protection and game fairness whilst allowing operators space for growth and innovation. It is for this reason that operators such as Oulala have chosen Malta as their primary place of establishment.”

The controlled skill game licence, which can be used for either B2C and/or B2B purposes, is valid for five years, and is subject to a number of requirements, including segregation of operational and players’ funds.

Carlotti claims that there is an exciting time ahead for Oulala and the sector in general as other sports betting companies have already expanded their online offer with a range of fantasy sports games or have plans to do so, while others are keeping a close eye on the fantasy sports scene.

He added: “The millennial generation is expecting social skill games, so the iGaming sector must realise that adding DFS games to their list of products will only be beneficial for them in the long run.”