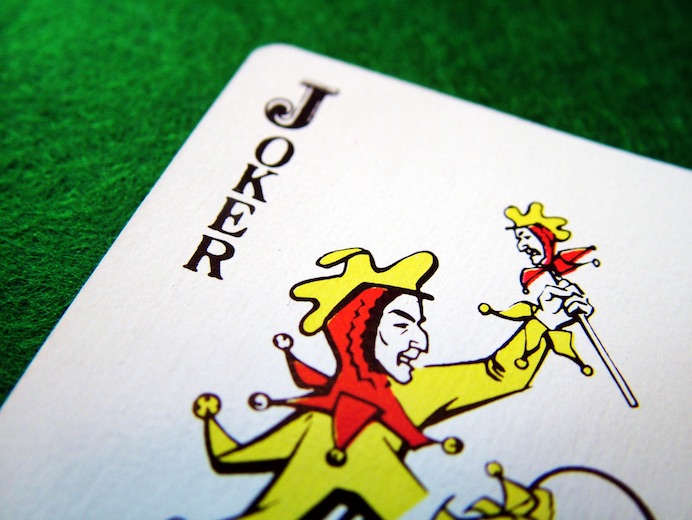 The popular Battle of Slots from Videoslots.com will now include a new Joker feature allowing players to double their winnings.

The award-winning online casino, Videoslots.com, has announced the launch of its new Battle of Slots Joker feature allowing for double the amount of wins.

Videoslots.com released Battle of Slots in 2015 and since then it has won numerous awards with its industry-first gamification concept and multiplayer capability.

Battle of the Slots, which the company claims has revolutionized the online casino industry, allows players to compete and socialise with one another in a poker-style lobby as they go head-to-head for large guaranteed prize pools.

Numerous Battles take place every day on a range of titles including NetEnt favourites Starbust, Neon Staxx, Guns N’ Roses and Jimi Hendrix, with buy-ins ranging from €1 to €100 and regular freeroll tournaments available.

The title’s newest feature will allow players who pre-register for their chosen Battle (tournament) the chance to become the game’s Joker and potentially double their prize if they go on to win.

Commenting on the Joker feature, Alexander Stevendahl, Chief Executive Officer at Videoslots, said: “Battle of Slots has been an amazing success since launch and we are sure our new Joker feature will be an incredible addition to our Battles.

“We expect the Joker feature to double our pre-registrations, which will result in even bigger prize pools and more winners.”

He added: “Plus, with buy-ins to suit any bank roll, Battle of Slots appeals to a wide range of players – with freerolls available to those who wish to give it a try.”

Videoslots.com stated that the Joker feature is designed to encourage faster registration on Battle of Slots, which has already dramatically increased the lifetime value of players since its launch.

Prizes range from €50 to €1,000, while freerollers trying Battle of Slots for the first time can win between 500 and 1,000 free spins to use on a range of titles across the Videoslots catalogue.