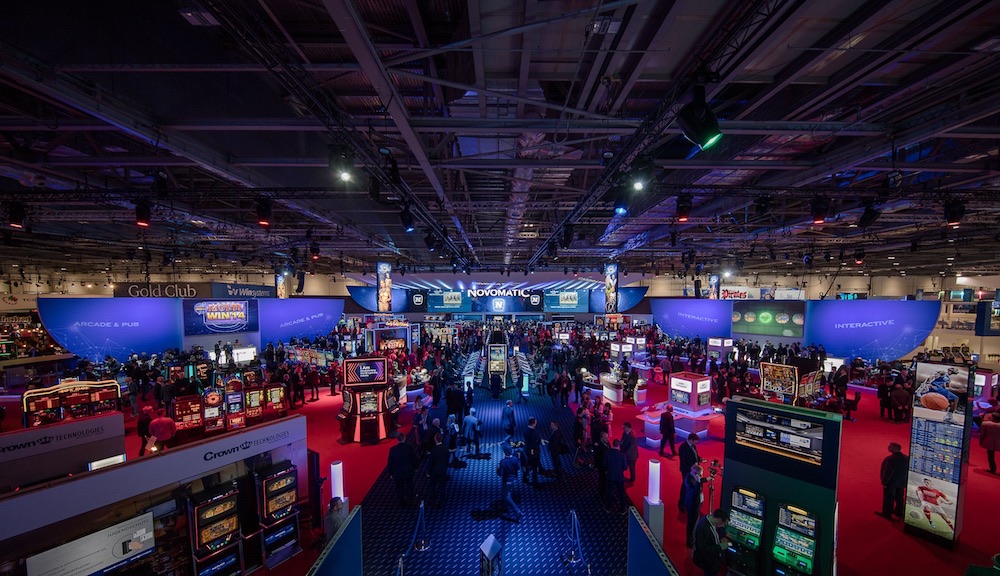 Exhibiting on an expanded stand, NOVOMATIC took centre stage at this year’s ICE with its full portfolio of gaming solutions on display.

The gaming industry giant, NOVOMATIC, confirmed its plans to break new ground during the year ahead by presenting its full range of gaming solutions on an expanded stand at this year’s ICE.

Taking centre stage at the World Theatre of Gaming on a 4,700sqm stand, NOVOMATIC, alongside its various international companies and subsidiaries, presented a number of solutions for the first time at the London event.

Commenting on their presence at the show, Harald Neumann, CEO NOVOMATIC AG, said: “With this trade show appearance, NOVOMATIC once again proves that as a full-service provider, we are among the world’s leading gaming technology groups.”

A number of the companies newest additions showcased developments for the first time at ICE, including Ainsworth Game Technology’s new A600® cabinet line. Ainsworth also showcased its A640® for the first time on the global stage, with visitors experiencing new content such as Rumble Rumble Bear™, licensed titles King Kong City™ and Three Amigos Ride Again™, as well as several linked progressives.

Another newcomer to the NOVOMATIC stand was Otium, which presented a demo of its market-leading video bingo products.

The NOVOMATIC stand also so an abundance of casino games, including the brand new Book of Ra™ theme Temple of Gold™, NOVO LINE™ Interactive Concurve Edition games Asian Fortunes™ and Phoenix™, as well as the international version of Tales of Darkness™.

Presented for the first time at ICE was the brand new NOVO WALL gaming machine from LÖWEN Entertainment built for upcoming regulations in Germany.

In addition to the wall, a number of technical innovations were introduced by Crown Technologies, such as the SlimChange TiTo, SlimChange Sports Betting, and the SC3 Bill Change and SC4 Bill Change high quality money changers by Hirscher Moneysystems.

NOVOMATIC UK bought Gotham City to ICE with games based on the Dark Knight Trilogy for European AWP and VLT markets, alongside other licensed titles new for UK and export markets, including the Deal or No Deal Big Shot and Easy Money games, as well as Monopoly Mayfair.