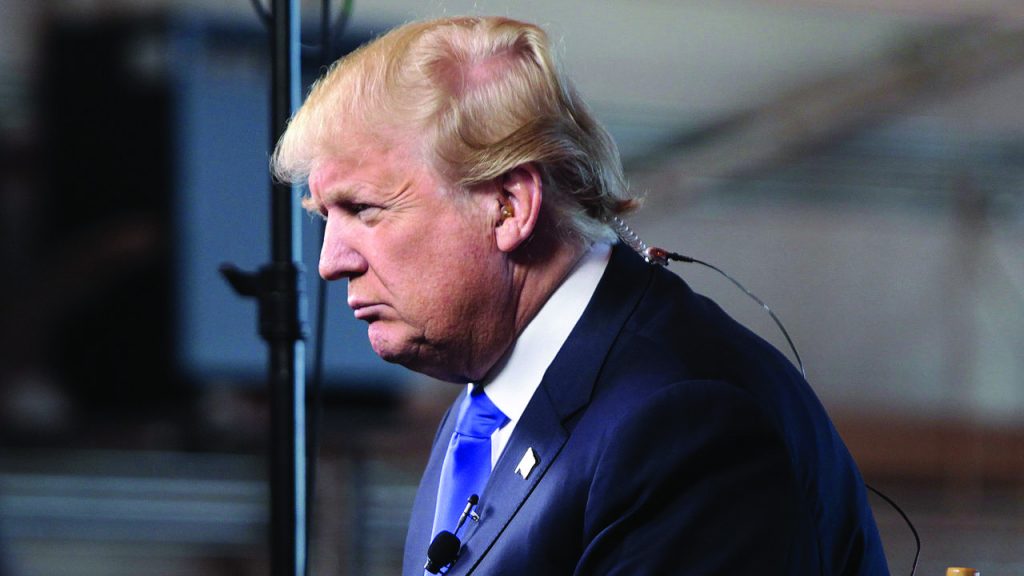 A combination of conservative morals and economic pragmatism has left US gaming law in a state of flux. Yet with a nepotistic businessman and former casino tycoon heading for the White House, everything is to play for in 2017.

[dropcap]U[/dropcap]nderstanding The Donald is big business in itself. The term Trumpology, a play on the Cold War art of guessing what Soviet Russia was thinking, is fast becoming a staple of the politico-lexicon on Capitol Hill.

The US gaming lobby is no exception. That the 45th US president has owned casinos before doesn’t tell us as much as some have presumed. He clearly holds no inherent objection to the age-old pastime, and understands the industry better than any president before him. But his affiliations with certain execs, in certain sectors and states, means that for other forms of gaming, namely sports betting, daily fantasy sports and online gambling, potentially everything is to play for.

In sports betting, the future looks bright. As the AGA’s lobbying despatch  points out, an independent report only recently concluded that “rather than setting the standard, the United States is on par with Russia and China, having forced a groundswell of black-market gambling by prohibiting the popular pastime of sports betting.”

The AGA also stated that its own position is today shared by “the National Basketball Association, owners across the four major sports leagues, the US Conference of Mayors, National Council of State Legislatures and many others. We are pleased that President-elect Trump appears to agree with this approach.”

Steve Norton, an Indiana casino consultant who worked with Trump in the 1980s, predicts that sports betting under Trump will be ripe for an overhaul. “I believe the positives of oversight, taxing and ensuring fair odds outweigh any negatives, and hopefully Mr. Trump will support individual states rights, and help overturn” a federal ban.

In 1993 Trump appeared to favour legalisation of sports betting saying: “It’s vital to keeping your taxes low, it’s vital to the senior citizens, and it’s vital to putting the bookies out of business… Everybody wants it, we do polls showing 80 percent are in favor.”

President Trump, his administration and congress will unquestionably implement policies that will directly impact our industry for years to come.

The grey legal status of daily fantasy sports however, which states currently grapple with in their own chambers, weighing up the distinction between chance and skill, is unlikely to attract as much impetus for change. Norton thinks DFS will most likely be “a non-issue” for Trump, who will leave it up to states to decide whether they regulate or not.

When asked about both sports betting and DFS only 13 months ago, Trump quipped in characteristically slapdash fashion,: “I’m OK with it, because it’s happening anyway. Whether you have it or you don’t have it, you have it, it’s all over the place.”

The sector with the biggest question mark hanging over its head is online gambling. Just three states currently allow internet gambling today: Nevada, New Jersey and Delaware. Trump and his daughter, the newly appointed ‘first lady’ Ivanka Trump created a New Jersey company to offer online gaming before it was legalised there in 2013, but never actually applied for the licence.

That online gambling has the potential to cannibalise other sectors, most notably the land-based casino industry, means Trump’s former allegiances could play defining roles in whether or not he signs off on a blanket federal band.

“I have a lot of friends on both sides of this issue,” Trump said in an interview this September.

One key ally of Trump’s is of course the anti-online gaming activist and casino billionaire Sheldon Adelson. Adelson, an old friend of Trump’s funded his presidential bid to the tune of tens of millions of dollars, and has spent far more lobbying for a 50-state ban on online gaming. In a sign of Trump’s favour, Adelson and his wife are two of a 20-member inauguration celebration committee.

Wherever his allegiances truly lie, as AGA VP Whitaker Askew put it: “President Trump, his administration and congress will unquestionably implement policies that will directly impact our industry for years to come.”