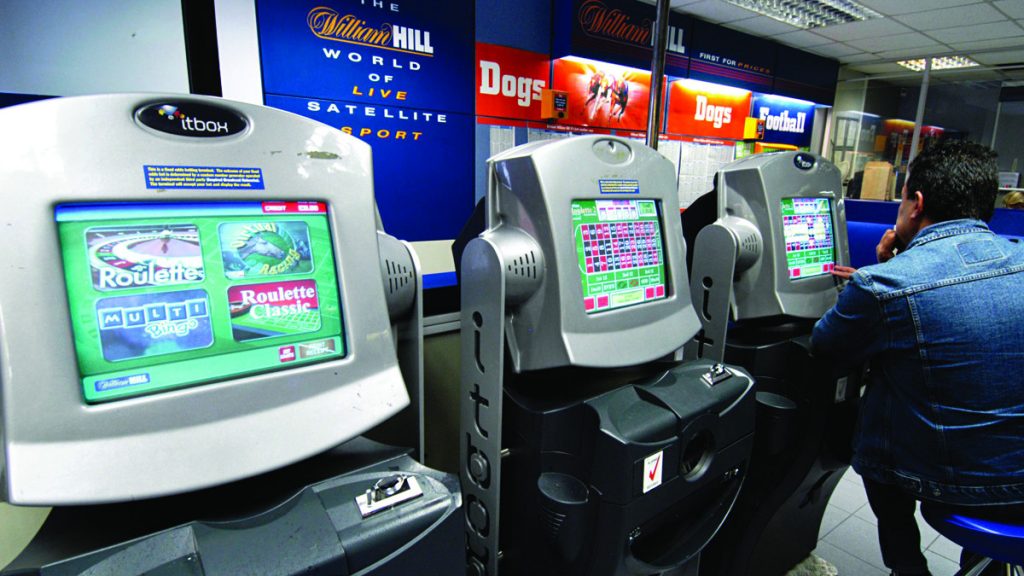 The market jitters on the news that British MPs have recommended the harshest reduction in machine betting stakes. While the reaction reveals how exposed certain bookmakers are to the risk, analysts remain sceptical that ministers will ultimately be so self-harming.

[dropcap]T[/dropcap]hose UK bookmakers most reliant on revenues from fixed-odds betting terminals saw their valuations slashed when a cross party group of MPs recommended reducing the maximum stake from £100 to £2.

Shares in both William Hill and the newly formed Ladbrokes Coral opened 7.9 percent and 6.7 percent lower on that Thursday morning 8 December. While some are seeing the one day event as perhaps the first and starkest expression of the market leaders’ exposure to regulatory risk, others urge against overblowing the influence of the group, which favours popular over pragmatic concerns.

The all-party parliamentary group’s interim recommendation, which also included slowing down the game cycle to protect players and requiring betting shops to employ more staff to deal with violence, came after a six month investigation into the social and economic impact of FOBTs. The group will publish a full report in January, although this decision will be considered as part of the government led “triennial review” of stakes and prizes for all gaming machines in Britain, due to be concluded early next year.

“The government now has clear case for significantly reducing the £100 stake that can be wagered on a Fixed Odds Betting Terminal,” said chair of the APPG, Labour MP Carolyn Harris. “The Group sees a strong case for the stake being set at £2. This call is supported by many members of parliament from all political parties and in both houses of parliament, and it is also supported by a significant majority of the public.”

Political pressure and public opinion has been building against the controversial machines for several months, yet some, not all, British bookmakers have become increasingly dependent on their revenues. FOBT yield totalled £1.75bn for the 12 months to March this year, exactly 50 percent of the entire betting market in Britain, and provide bookmakers with a high profit margin of 65 percent, compared to only 15 percent for other betting operations.

While these MPs aren’t the decision makers in this issue their words are still causing jitters.

Vaughan Lewis of Morgan Stanley considers Ladbrokes Coral to be most exposed to a change in machine regulation, estimating that even a more modest cut to £10 could reduce earnings per share by 26 percent. William Hill, which has struggled to diversify online, is also considered to be acutely at risk. Conversely, Paddy Power Betfair had rallied 3 percent by the end of that same day.

A reduction in maximum stake to £2 “would be considered by many to be the worst-case scenario from the perspective of UK bookmakers,” said Gavin Kelleher, an analyst at Goodbody. Yet opinion is more divided over how much of an impact the APPG’s recommendation will have on the governmental review.

“It shows how much uncertainty there is among investors,” tempered Kelleher, arguing that despite the frenetic market reaction, there is more at stake which the government will have to consider. “While these MPs aren’t the decision makers in this issue their words are still causing jitters.”

Despite the all-party group suggests forcing bookmakers to employ more staff, their recommendations taken together would undoubtedly have a net negative effect on employment, notwithstanding the dearth in tax receipts, during an already depressed macro context.

Not only do bookmakers employ 100,000 workers, the largest employer in UK gaming, the British horse racing sector depends heavily on the £60m in revenues they receive from betting and £150m in content costs.

“If you obliterate retail betting,” Kelleher reminds, “that would ruin the horseracing industry which employs probably around 100,000 people, many in rural areas throughout the UK.”

It is widely thought the real winners from a regulatory change would be Britain’s arcades and casinos (the ABB refused to give evidence to the APPG precisely because it believed the group was funded by casinos and arcades); and of course online gambling, already the UK largest gaming sector.

That the latter now attracts 33 percent of all revenues in the UK, yet only employs six percent of the gaming workforce, is a fact likely to weigh heavy on policymakers, when they come to make their decision next year.

“The industry knows that a regulatory clampdown is coming,” summed David Jennings, an analyst at Davy Research. “They just have to hope that the new proposals are sensible and measured.”