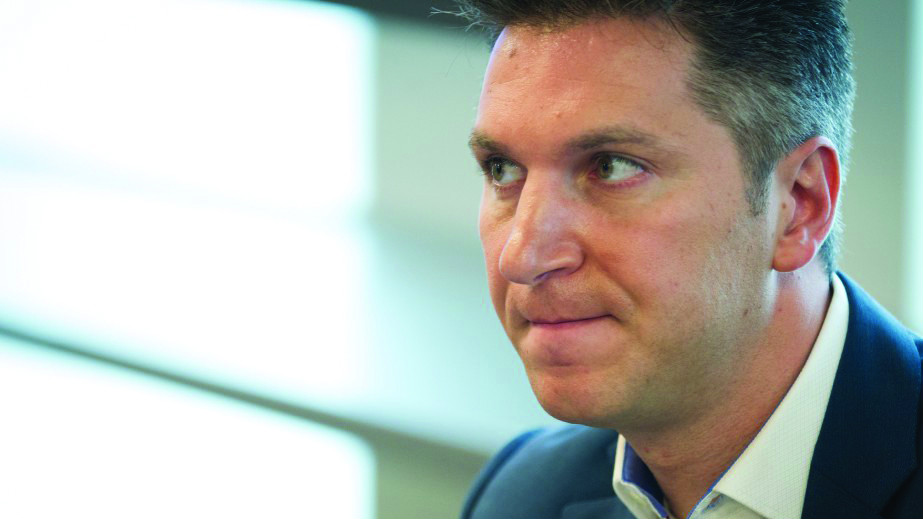 Amaya’s share price went through the wringer again this month as its co-founder ploughs on with his turbulent bid to take the company private.

[dropcap]T[/dropcap]he enigmatic co-founder of PokerStars’ parent company Amaya has restored confidence in his somewhat knotty attempt to take the $6.7bn company private, after one of his named backers denied involvement.

David Baazov first made his bid known in a filing statement released on 14 November. Supported by a group of unknown financial backers, Baazov would offer C$24 for each share in the Quebec-based igaming firm – or a 30 percent premium on its then share price. At the time of writing the proposal is still alive, but not without its fair share of controversy.

“As the online gaming industry continues to mature, I believe that it is in the best interests of Amaya to be positioned as a private company,” Baazov wrote in the statement to Amaya’s board. “While Amaya incurs the substantial costs and scrutiny associated with being a reporting company, it obtains no benefit from being public.”

The bid came at a turbulent time for the company which has seen its share price rise and fall with whispers of mergers talks and news of their failures. In September reports leaked that Amaya was in mature talks to merge with UK betting giant William Hill and investors quickly rushed in to buy, before bailing only weeks later when negotiations ended.

Amaya’s former chief executive has himself been implicated in Amaya’s share fluctuations. Still Amaya’s largest shareholder, Baazov resigned all his positions at the company in August after becoming embroiled in allegations of insider trading. Still contesting the charges, the co-founder remains on Amaya’s board, but a consistently nervy market swiftly cut Amaya’s stock position when revelations first surfaced.

As the online gaming industry continues to mature, I believe that it is in the best interests of Amaya to be positioned as a private company.

When Baazov revealed his bid mid-November, Amaya’s share again price shot up, by 18 percent. The equity side of the deal (minus debts) would be financed with a $3.45bn contribution from unnamed backers, along with his own 17.5 percent shareholding in the company, worth $427m.

Wary Amaya confirmed Baazov’s bid to its shareholders while urging: “You do not need to take action with respect to any offer at this time,” as there “can be no assurances that Mr Baazov’s offer or that any future bid or offer will ultimately result in a completed transaction”

Amaya’s apprehension seemed vindicated when prospects for the deal became a little murky. When eventually filing his offer to the US Securities and Exchange Commission, Baazov named four parties, including one Dubai-based investment firm, KBC Aldini Capital. However, KBC later revealed, via the Canadian media, that it had never been aware of any involvement in the deal, and would be filing its own complaint to the SEC.

How or why such a confusion occurred is unknown, yet the resilient Baazov has rescued the deal by producing “binding equity commitment letters” from two Hong Kong backers: Head and Shoulders Global Investment Fund and Goldenway Capital (the former’s chairman publicly announced he was “not at all” concerned about what happened with KBC); and two Toronto-based financiers: Canaccord Genuity Group and Goodmans.

At the end of November Amaya is still understood to be considering the deal; its share price has levelled off at 11 percent higher than before the bid was first announced.