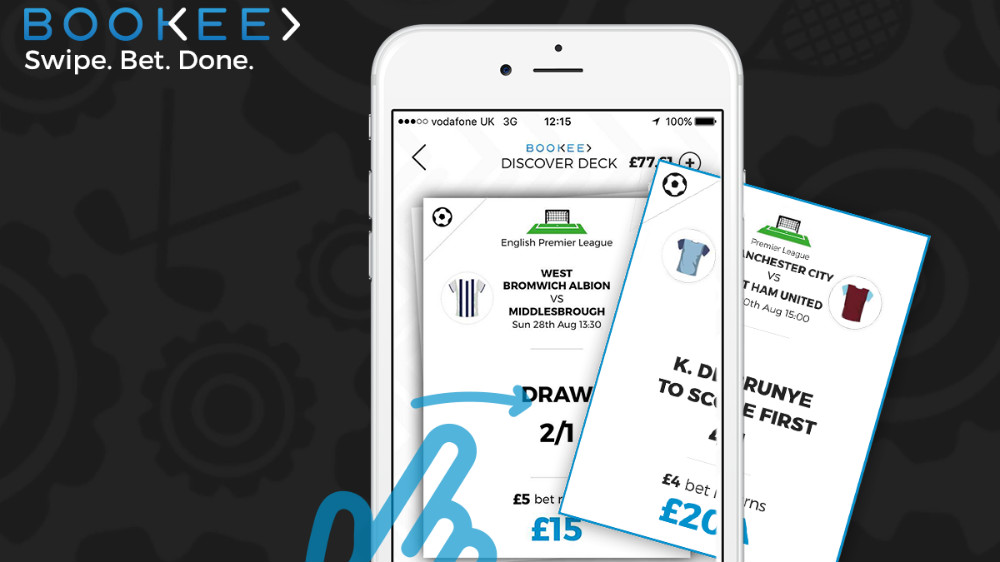 A new platform described as the Tinder for betting, has triumphed at an award ceremony for iGaming entrepreneurs and won a prize valued at £25,000

[dropcap]M[/dropcap]obile-first sports betting app Bookee, has been awarded the top prize in the Brightest Minds Showcase at the iGaming Entrepreneur Conference.

The platform – which is being described as the Tinder for betting – was chosen ahead of 12 rivals at the London event, receiving a mentoring and professional services package worth £25,000.

Each entrant presented a 60-second pitch video before answering questions from the assembled experts, mentors and investors. The judges were impressed by the Bookee app, which offers users the chance to place a bet with the simple swipe of a finger.

The mentoring and service providers all voted on their top three-rated projects based on innovation, team, likelihood of success and several other factors.

Bookee was founded by former school friends Adam Kalmanson, previously with William Hill, and Adam Wilson, once of 888, with the aim of creating a personalised and social platform for the recreational buy valtrex online no rx gambler.

Already available via Apple’s App Store, the Bookee app curates individual sports bets for the user and provides them with a single instinctive binary action for each bet. Just like the Tinder dating app, users swipe right to approve or left to reject.

Since its formation, Bookee has raised a pre-seed round from leaders in the gaming industry, launched in beta with hundreds of paying users and is now looking to raise a seed round to “commercialise and truly disrupt the B2C betting space”. During testing over the course of the Euro 2016 football tournament Bookee’s margin was found to be well above industry average.

Kalmanson said: “We are delighted to have won the Bright Minds Showcase at this year’s iGaming Entrepreneurs Conference. Bookee is about simplicity. We invented this app because we became frustrated with how stuck in the past parts of the betting industry are. Where other betting sites have adapted a 100-year-old infrastructure to retro-fit the smartphone revolution, the Bookee app is specifically