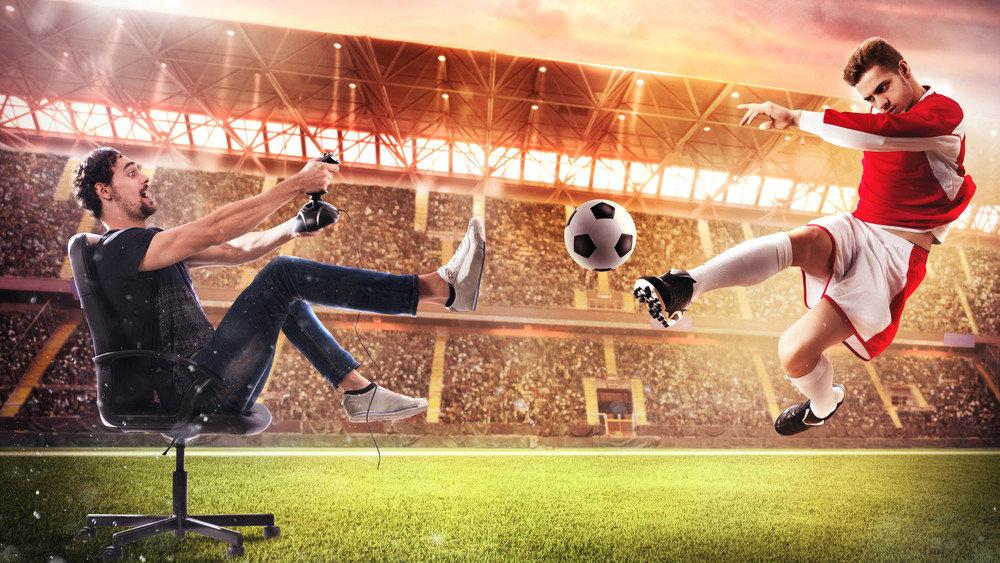 [dropcap]I[/dropcap]n an determined comment to global gaming media, Paul Swaddle, Chairman of Pocket App, discusses the growth and potential of the fantasy football market and how mobile apps can continue to match with the demand. The head of the UK’s largest independent app developers claimed: “While fantasy football may have started out as a geeky, niche hobby, it’s since grown into a pop-culture phenomenon especially within the last twenty years. One of the big reasons for the growth in fantasy football’s popularity is the wealth of online tools that do away with or minimize clunky bookkeeping, and it gets even better with modern mobile apps entering the fray. Fantasy football is predicated on statistics. These numbers have formed fan interest to develop rapidly, both from the hardcore faction and casual ones alike.

“Every July, the influx of national newspapers and Premier League advertising their respective Fantasy Football Apps, aim to garner fan attention,” he added. “Whether you are a fan of UK based Premier League or The Sun’s Fantasy Football or US based FanDuel or Draft Kings. These apps and inbuilt worldwide audience has grown year on year. Daily fantasy football unique audience growth has increased to 485% via computers and 847% on mobiles from 2015, within 41 million worldwide. In the US, the industry is worth over $15 billion with 32 million playing Americans. More than 3.5million people play the Premier League Fantasy Football app and these statistics alone show the hunger for these apps.

“Delivering a market ready product is very important and the demand has seen companies such as ESPN launch their offering to capitalise on this growing trend- with somewhat mixed reactions. As the NFL opened the floodgates on the 2016 NFL season with a slate of morning games in September. The ESPN Fantasy Football app and website crashed, just as the early games kicked off, as countless fans opened went to open their fantasy team page even before many of them turned on the actual games, ESPN’s platforms went down and left people in the dark about what was happening with their teams. Even the UK based Premier League suffered a similar issue when it could not cope with the high numbers of players seeking to make last-minute changes and sign up before the 11.30am deadline in August of this year.”

Highlighting the potential between fantasy football and mobile apps, Swaddle continued: “Previously, Pocket App developed a mobile version of Fantasy League’s Championship product, allowing users to manage their teams on the go, check where they stand in the league, view the latest player points and make those vital transfers. The application features a high-end UI design, boasting an excellent user experience, making any team changes a quick and easy task. The app features seamless integration with the client’s complex back end system, ensuring accurate content updates, relevant to player performance.

“The results saw the app rated for its high speed, mobility and user experience by fantasy football players worldwide. Feedback from users on iOS and Android Windows 8 version was considered and seamless integration with client’s complex back-end system, boasting an extremely engaging user experience allowed the reskinnable format being utilised by the client across additional branded products.”

Commenting on the future for app offerings in the UK, Swaddle said: “This year the expansion of fantasy football mobile app offerings has increased with providers such as ESPN Fantasy sports app, Yahoo Fantasy Sports app and RotoWire producing new consumer offerings. Edinburgh based unicorn FanDuel expanded from their US market to launch its Premier League product in the UK.

“The season-long product in this country has 4 million regular players and the popularity of the Premier League is without question. What stands out is the explosive growth in fantasy football apps – particularly is daily fantasy. Daily fantasy differs from the traditional, season-long format in a number of ways. Competitors pay a fee for each game they play – as little as £1 of real money – and then get a fixed “budget,” not terribly unlike a salary cap. Players then select a team from a menu based on how they think real players will perform in just one game. If your team outperforms most of the others, you win money. The better your team does relative to the other competitors, the greater your winnings.”

He concluded: “As the market grows so do the changes in terms of formats and greater access to quicker winnings. This factor means new opportunities for companies to produce their Fantasy Football apps and create new intuitive ways to expand on an already popular market.”