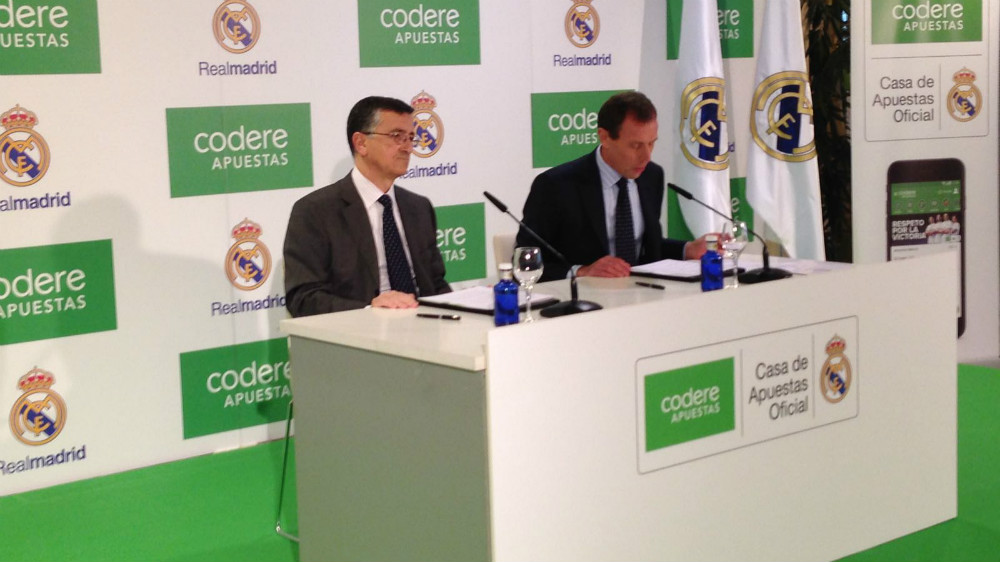 This key agreement will see CODERE become the Official Sports Bookmaker to the top Spanish football team White Club for the next three seasons.

Ángel Fernández, Codere Apuestas´s Marketing Chief Officer, said: “In Codere Apuestas, we have always promoted the fair gaming, the respect for the rules and the fairplay with our clients that we call “Respect for the Victory”. This partnership with Real Madrid C.F. helps us to reinforce this concept, for its values ​​and long career.”

As Real Madrid´s Official Sports Bookmaker, Codere Apuestas will enlarge its current sports betting contents with the best and widest betting offer on the White Club, including a special section related – not only to all Real Madrid´s football matches, but also to the number of titles the Club will get in each season, maximum scorers, winner of the Golden Ball or number of goals that will get Ronaldo, Bale, Benzema or Morata, just to give some examples, among many other actions established in this agreement.

Commenting on behalf of Real Madrid C.F, Emilio Butragueño, added that “both entities share above all the same passion for sports, for the fairplay and the respect” and “we are now embarking on a journey that in principle will last for three years, although our desire is that of a further long-lasting journey.”