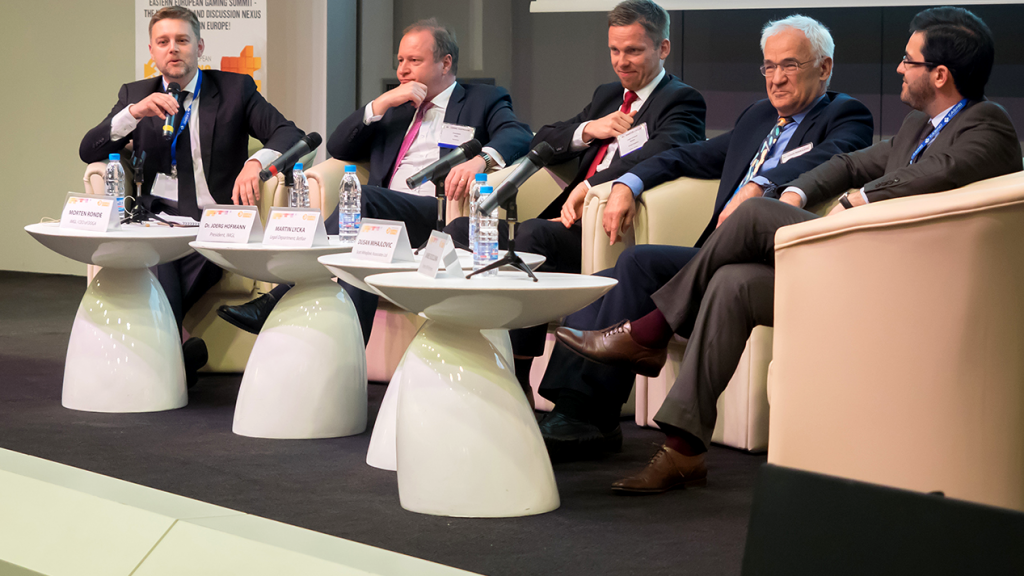 The Eastern European Gaming Summit has released its final agenda for the conference which features the biggest lineup of speakers in the event’s history.

[dropcap]T[/dropcap]he organisers of the Eastern European Gaming Summit (EEGS), the Bulgarian Association of Manufacturers and Operators in the Gaming Industry, has announced its final agenda for this year’s conference on 22 – 23 November.

EEGS 2016 will feature the event’s largest list of industry speakers since the forum began nine years ago, presenting and discussing the most influential factors that will shape the gaming markets in years to come.

The summit, which takes place at Inter Expo Center in Bulgaria’s capital – Sofia, will bring together experts and professionals from all around Europe and beyond and will include an EEGS Masterclass preceding the main summit lead by a leading marketing consultant and lecturer.

The final EEGS agenda provides a strong emphasis on providing updates on regulation, compliance, innovation, lottery, disruptive technologies. The summit will also aim to drill down on issues facing the gaming industry with a number of key sessions.

This year’s summit will feature a special session with an expert from the European Commission to provide updates on the EU anti-money laundering framework.

For the third consecutive year, EEGS will also play host to the initiative, Global Gaming Women, a networking breakfast preceding to support the success of women in the gaming industry through education, mentorship and networking opportunities.

In addition, the forum provides opportunities to network at a number of social events including the day one post-conference EEGS Networking Party, supported by Gaming Laboratories International, the Royale Palms Casino Afterparty and the BEGE Expo Party, sponsored by Euro Games Technology.

The full agenda of the ninth edition of Eastern European Gaming Summit is ready and is available on the websitehttp://www.eegamingsummit.com/content/program