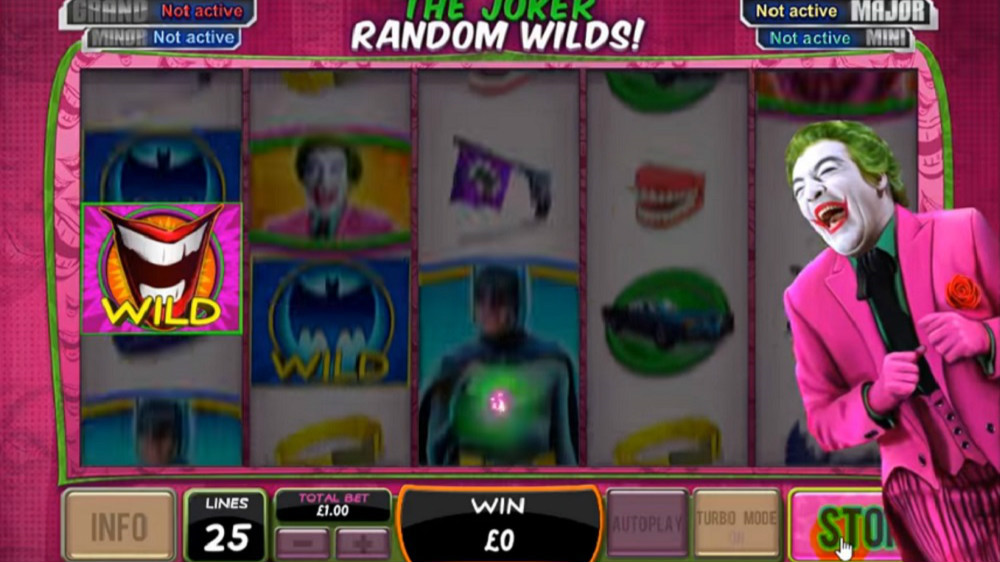 A new range of branded slot games are hitting the online market following the signing of a licensing deal between Playtech and Warner Bros. Consumer Products.

In addition to these desktop and mobile progressive jackpot games, to be released this year, a host of other Warner Bros. Consumer Products DC branded titles are planned for release in 2017 and onwards.

Batman & The Joker Jewels features eye-popping artwork in a five-reel, 25-line slot game. True to the original DC 1960s classic Batman television series, one of the world’s favourite DC Super Heroes faces off with the maniacal mayhem of the infamous The Joker. Players can have the last laugh by unlocking The Joker Random Wilds, which add up to nine extra Wild symbols to the reels on any main game spin for a big win.

In Batman & Catwoman Cash, Batman confronts the cunning Catwoman. Desktop and mobile players can spin their way to large payouts and battle big win multipliers in this highly engaging slot game. Players can also increase their free games win multiplier in the Cat Burglar In-Reel Bonus for massive stacked symbol wins or hit the quick re-trigger bonus, a feature that keeps players on the reels following the conclusion of a free games round.

Commenting on the licensing deal, Playtech chief operating officer Shimon Akad said: “Our announcement at ICE this year generated significant global demand in anticipation for the launch of these exciting DC-branded games.

“I’m extremely proud of our collaboration between Warner Bros. Consumer Products and Playtech’s innovative development studios. The Batman Classic TV Series games, that will rapidly be followed by Superman I, Superman II, and Man of Steel and a whole host of other DC Super Hero branded games, are a premium addition to our best-performing range of the industry’s leading progressive jackpot slot content and will provide our licensees and DC Super Hero fans with the ultimate Batman gaming experience.”