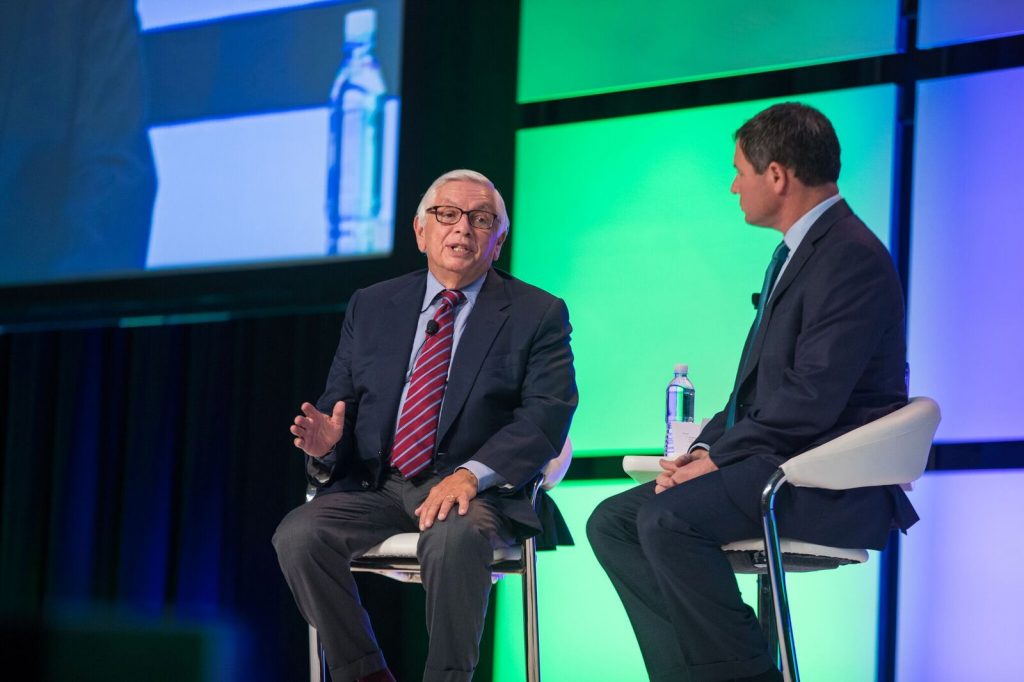 It wasn’t just promo girls and slot machines at this year’s Global Gaming Expo in Las Vegas – where the US casino trade set its sights squarely on the legalising of sports-betting.

[dropcap]T[/dropcap]he casino trade’s annual Global Gaming Expo (2016) in Las Vegas may have boasted the year’s  latest and greatest in terms gaming product, but it was the legalisation of sports-betting which remained arguably the core regulatory focus of show co-host the American Gaming Association (AGA).

The trade association dedicated a number of conference events and discussion panels to the prospective lifting of 1992’s federal PASPA legislation – which effectively bans sports-betting in all but a handful of US states. The AGA also used the show as a platform to launch a new report on illegal betting activity: containing the findings of its Law Enforcement Summit held in Washington D.C. earlier this year.

“The current approach to sports betting in the United States is not working…and is fuelling criminal enterprises,” remarked Tim Murphy, former deputy director of the FBI and chair of the AGA’s advisory board. “The time has come to repeal the current sports betting ban and replace it with rigorous regulations that benefit states, protect consumers and maintain the integrity of the games.”

Indeed, the last day of G2E saw former National Basketball Association commissioner David Stern take the stage with AGA chief executive Geoff Freeman – and throw his own weight behind the call for legislation.

“The position I think I’ve come to is that we’ve got to get everyone together: the casinos, the gaming technology companies, the financial regulation experts, the sports leagues…and come up with what I would like to see as model legislation,” he said.

Stern headed the NBA from 1984 to 2014, and broadly supported prohibition on sports-betting throughout much of his tenure.

“I didn’t want junior leaving the arena unhappy, because even though the home team had won they didn’t cover,” he explained.

But the passage of time, as well as a concurrent surge in the size of America’s underground betting market, has seen Stern alter his position.

“I think this notion that gambling is inherently bad has become outdated, especially as we learn about illegal gaming and the size of the market,” he commented. “Over time, I have come to accept that the notion of a properly run gambling operation is protective, and not deleterious, to the health of sports.”

Stern is not the first associate of the NBA to call for betting legislation. In 2014, Stern’s successor (and current NBA commissioner) Adam Silver called for a federal bill to permit “monitored and regulated” sports betting in the US – with individual states being allowed to decide whether to adopt its measures.

Referencing Silver’s comments directly, Stern opined that the NBA – as well as the other major US sports leagues – were now ready and willing to “opt in” to a new, regulated betting framework.

“Legalisation is going to wind up increasing the tax-base for the states and probably for the feds too,” he stated. “Properly done, there’ll be a big hit to organised crime as well.”