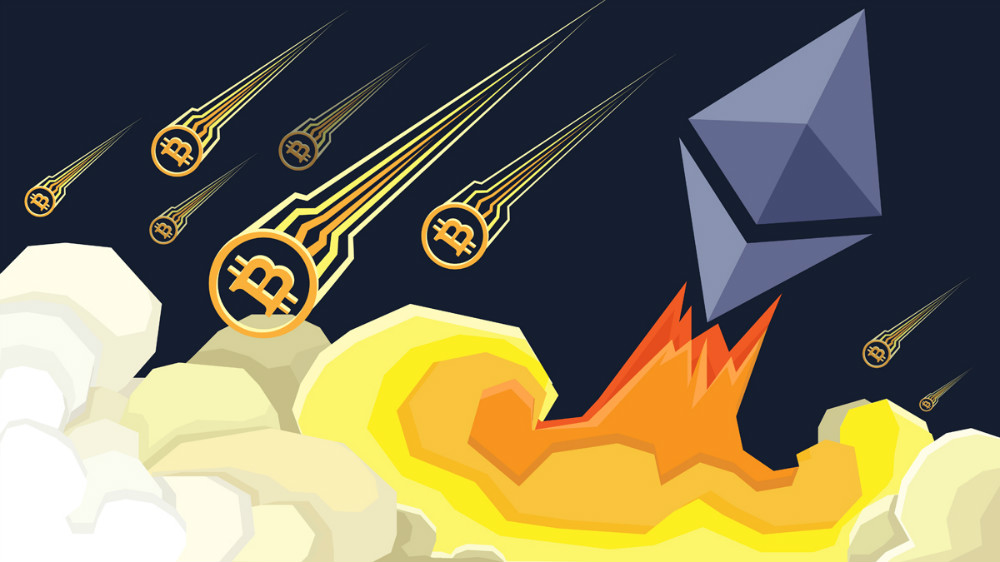 It’s not only the banks who are forging new cryptocurrencies in a bid to rival Bitcoin’s dominance. A new digital money, Ether, has slowly been gaining traction in cyberspace over the past 12 months before undergoing a dramatic appreciation in July, as investors recognise its enhanced applicability.

Like Bitcoin, Ether is merely the internal currency manifestation of the blockchain technology that enables its transactions. And as with Bitcoin it is the Ethereum network, Ether’s blockchain, that is generating frenzy in fintech circles.

Ethereum was first developed to elaborate on the blockchain, and expand its capabilities, crucially by enabling “smart contracts:” decentralised self-executing contracts. In more manageable terms, rather than requiring a third party authority to acknowledge a contract, such as a court or judge, the Ethereum network of nodes can be codified to simultaneously acknowledge and verify that a contract has been made. While Bitcoin transformed payments systems, Ethereum steps in to revolutionise the contract space.

Ethereum can be used to “secure and trade just about anything,” according to its website, from options contracts to swaps and bonds, even employment contracts and secure generic propecia 5mg plebiscites. It is also far better at executing bets and wagers, enabling wholly decentralised betting facilities.

Still, its most potent quality is in cost-reduction. Any multi-party application that traditionally relies on a central server can use the Ethereum network to “disintermediate the server” – essentially cutting out the middleman, and any costs associated.

While the applications for big business are vast, potentially wiping out hordes of backroom admin staff, in reducing previously insurmountable start-ups costs, digital commerce becomes infinitely more accessible to the little guy: the playing field for start-ups in social apps, e-shopping, gaming and even lotteries, has never been so democratic. A number of fledgling gaming companies have already sprouted from Ethereum’s highly fertile virtual landscape, experimenting with a potentially disruptive and completely unprecedented genre of business model (See Libertarian Lottos.)

One Ether was valued at only 80 cents as recent as December. It rallied in July to a milestone of $20 before falling back to $13 at the time of writing. Bitcoin conversely, while fluctuating quite considerably, is still trading around its 2014 valuation.