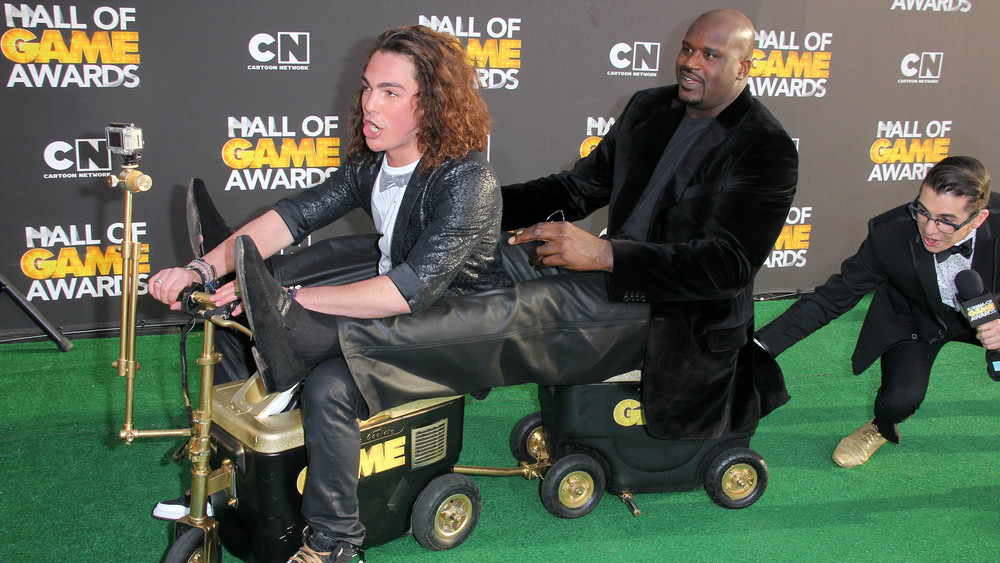 [dropcap]S[/dropcap]haquille O’Neal will become the face of Inspired’s new Rush Basketball Virtual Sports product group to be launched in 2017 throughout the company’s global client base.

Inspired will be developing a number of products under the Rush Basketball product group, each featuring Shaq.

The products will be developed for the land-based sports, casino and lottery sectors, as well as digital variants for online, mobile and in-play via Inspired’s Virgo RGS platform.

O’Neal is one of only three players to win the NBA MVP, All-Star game MVP and Finals MVP awards in the same year and also ranks 3rd in all-time in field goal percentage. He was elected into the Naismith Memorial Basketball Hall of Fame in 2016.

“Inspired is delighted to announce this partnership with basketball legend Shaquille O’Neal through our partnership with Pavilion Worldwide,” said Steve Rogers, Inspired’s CCO of digital games.

Our Rush Basketball product group using our latest technology and filming techniques to bring players their most authentic Virtual Sports experience yet.

“Our Rush Basketball product group using our latest technology and filming techniques to bring players their most authentic Virtual Sports experience yet.”

Following the company’s first ever Virtual Sports deployment in casinos in North America and the forthcoming online deployments in New Jersey, Inspired will expand its offering to include premium games such as Rush Basketball in the near future.

“We know that the combination of Inspired’s world leading virtual products and Shaq will be a winning formula,” added Rogers.

To celebrate the new brand partnership, Shaq will be making a VIP guest appearance at the Inspired G2E Las Vegas booth  this year on 27 September.