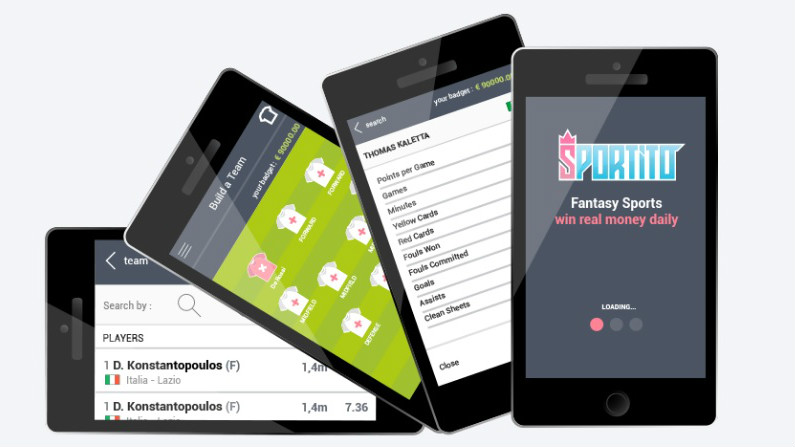 Sportito is a new DFS operator which launched in August 2016 is already live in the UK and offers fantasy football contests across all major tournaments and leagues offering players the chance to access paid-for contests or compete in free competitions.

[dropcap]H[/dropcap]aving secured an official licence from the UK Gambling Commission, Sportito’s daily fantasy football games have launched in the country, giving players the chance to win prizes every day, with entrance fees starting at just £2.

Sportito offers a number of innovations on traditional DFS contests, whereas many DFS services push for customers to commit for a whole season, Sportito’s platform allows players to withdraw their winnings at any time during the campaign.

“Fantasy sports is growing in Europe, but not as much attention has been given to it there in comparison with the US,” Riccardo Mittiga of Sportito said. “We want to provide a quality platform to become the top-rated daily fantasy sports platform.

Salary caps are also scrapped offering players an uncomplicated, affordable and accessible way to play DFS without committing too much of their time and money.

“What sets us apart is that we aim to protect new customers from experienced players, we pay great attention to customer service, we will offer more social networking features, and we feature more sports than any other provider in Europe,” added Mittiga.

Finally the service offers free-to-enter competitions for new users, allowing them to hone their game strategies

before kicking off in the paid-for leagues available through desktop and mobile devices.

Sportito, which covers more than 40 football leagues, including all major tournaments, as well as second-tier domestic club competitions, launched in August and plans to expand its service by adding competitions for addition sports such as rugby, volleyball, motorsport, basketball, baseball and American football in the future.

The company is also seeking licences in other markets around Europe and is in talks with authorities in Italy, as well as countries that can be targeted legally through a Maltese licence.