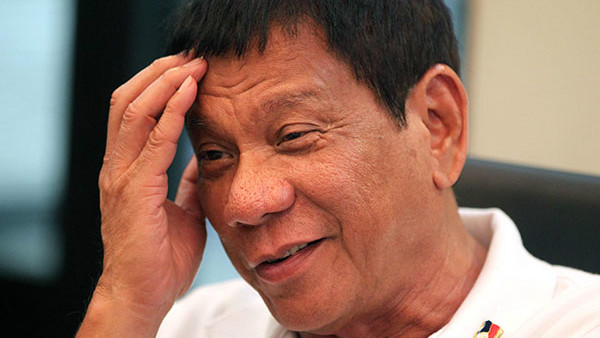 When not assassinating drug dealers or calling Barack Obama the son of a whore, the Philippines’ new president has whipped up a cyclone of mixed signals to the iGaming sector with another spectacular about turn.

[dropcap]P[/dropcap]hilippines president, Rodrigo Duterte, appears to have softened his stance against the gambling industry and has stated that he is prepared to allow online gambling after all.

Immediately after taking office at the end of June, Duterte added online gambling to his hit list of vices and instructed regulator, the Philippine Amusement and Gaming Corporation (PAGCOR), to block further renewals of gambling licenses for Philippine gaming cafés.

Railing against online gambling operations, Duterte named one of its operators, businessman and former trade minister Roberto Ongpin, as “an oligarch that he wants to destroy.”

Following this, PAGCOR did not renew the license of Ongpin’s Philweb Corporation, which offers e-bingo and e-games across 800 terminals distributed across 300 bars and cafés nationwide. The move came despite a proposal by Ongpin donate 49 percent of his shares to the regulator in exchange for a renewal of PhilWeb’s contract.

“The issue is not RVO or PhilWeb per se,” said Pagcor CEO Andrea Domingo, referring to Ongpin by his initials. “It is the President’s and his government’s opposition to online and onsite gaming because of the social ills and decay they foist on our communities as they cater to the more economically vulnerable portion of our population.”

However in an unexpected reversal of this position, the president has now stated that he is willing to restore online gambling “provided taxes are correctly collected and they are situated or placed in districts where gambling is allowed, which means to say, not within the church distance or schools.”

He explained his initial desire to crack down on the industry as a fit of pique: “I was mad because even the youth are gambling and there was no way of collecting the proper taxes.

“I was angry because there are persons, oligarchs, who are getting the privileges, concessions, franchises and their only capital were their words,” he said.

In the wake of the announcement shares of PhilWeb jumped by the 50 percent daily limit to 8.10 pesos at the close of trading, their biggest rise since August 1999, however the firm has announced that it has needed to temporarily put 216 employees on “forced leave” for a month effective 1 September.

This new stance clears the way for new online gambling revenue streams in the form of a revamped system being prepared by PAGCOR. The regulator has announced preparations to licence online gambling firms that targeted “non-locals” and that it was in the process of “readying application forms.”