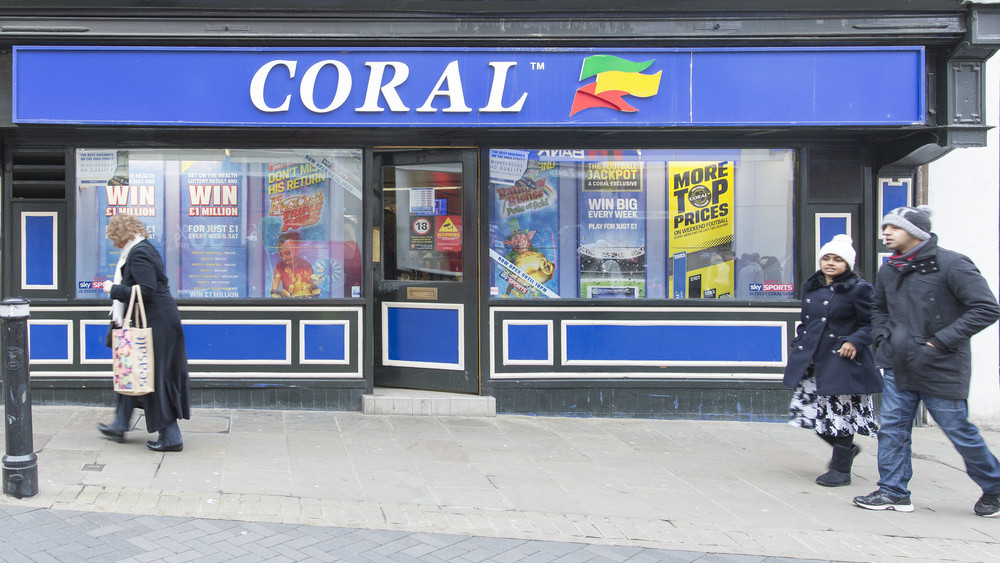 [dropcap]U[/dropcap]K-based betting giant Coral has seen a surge in revenues in the third quarter of 2016 after a successful online marketing drive and a strong gaming machine performance in retail outlets.

Growth was largely driven by the expansion of the company’s online channels – Coral.co.uk and Eurobet.it – where revenues climbed by 26 percent and 25 percent respectively.

In a statement to shareholders, CEO Karl Leaver stressed that the Group had been focussing marketing spend exclusively on mediums “where we see a positive return”, and that online betting channels had seen a high level of take-up during this year’s Euro Championships.

“Our predictive models indicate that the value of customers acquired during the Euros is around double the levels achieved in the 2014 World Cup,” he explained. “Combined with very competitive costs of acquisition, this will drive impressive returns on our marketing investment.”

Leaver said the figures had been impacted by regulatory costs in both the land-based and online sector.

“Whilst we were pleased with our ongoing online net revenue growth of 19 percent, it is worth noting, as highlighted at our H1 results, this growth rate was held back by new regulatory requirements, including teething problems around the introduction of new player protection measures,” he commented.

“We estimate that net revenue would have grown by 28 percent absent these factors. OTC staking in Coral Retail was also impacted by these new requirements.”

In July this year, the UK’s Competitions and Markets Authority (CMA) gave Coral’s proposed merger with bookmaker Ladbrokes the go-ahead on the provision that the pair dispose of approximately ten percent of their retail estate (400 shops) between them.

“A number of parties have expressed interest in purchasing these shops, and the disposal process is well under way,” Leaver added. “As previously guided, we expect to complete the merger during the Autumn.”