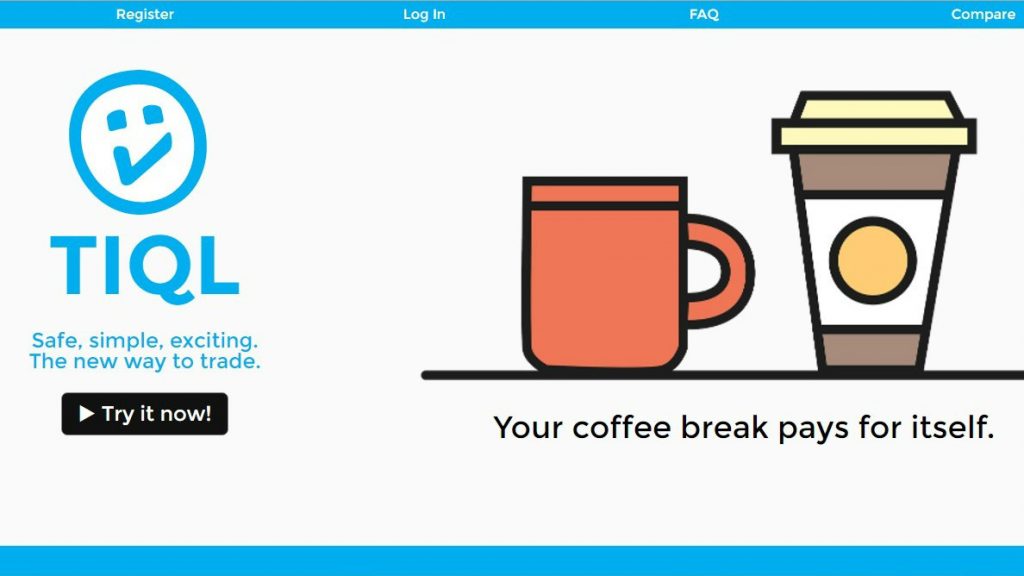 For many, the world of high-risk spreads and binary options are deemed to be the reserve of professional traders or mathematical virtuosos – but with newly-launched TIQL app, Nous aims to open up trading to a whole new audience. It’s safe, user-friendly, and offers potentially high returns – and CEO Justin Short thinks he may have cracked the code for the mass market.

[dropcap]I[/dropcap]n 2016, it’s a truism – even an understatement – to say that mobile is important. In the past five years, the proportion of people gaming on their phones has shot up dramatically, and no one’s surprised to see on-the-go internet usage eating up a larger and larger share of overall online activity.

For Justin Short, CEO and co-founder of Nous, the potential for mobile had other implications. As early as 2012, he and a few colleagues – most of them working in investment banking – recognised that mobile was enabling people in developing countries to access the internet, and spotted a unique opportunity to open up the world of trading to a new segment of the market.

“Firstly, we saw that the interface – the way you interact with mobile phones – had the potential to be a lot better than anything we’d ever seen,” he explained. “Secondly, we realised that there were perfectly good brains all around the world, which meant that there are going to be very good traders in all countries, but there wasn’t really any way for them to get into the markets, to learn about it, to do that in a way that makes sense for them and their lives.”

It was that thought that led to the release of SparkProfit – an app that allows users to learn trading on a virtual platform with the chance of winning real cash – in January 2014. Stripping away the barriers that prevent people from starting to trade in the first place – exorbitant fees, complicated rules and high minimum deposits – Short aimed to offer a truly accessible, and safe, means of breaking into financial markets.

“Nous was formed at the end of 2012 and by January 2014 we had released SparkProfit on phones and desktop, which is kind of a test-run for a lot of the ideas that got rebuilt into TIQL,” he said.  “What we’ve done is to given people a way to get into financial markets with strictly limited risk – they cannot lose more than they’ve chosen to risk, and they can risk as little as $0.01 – and with SparkProfit they can even risk zero, so literally no risk.

“They still get rewards, they still get weekly prizes, they can still get some cash if they’re right – but TIQL and SparkProfit are still the lowest-risk ways for anyone to learn about financial markets.”

The need for accessibility – and an acknowledgement of the changing world of tech – led the company to opt for a ‘mobile first’ approach, designing primarily for mobile devices and then developing a desktop product. In early 2014, the SparkProfit app launched simultaneously on Windows, iOS and Android – a feat Nous hopes to continue with the imminent launch of TIQL.

“For a lot of our users, mobile is their first experience of the internet, so it made absolute sense for us to take that approach,” explained Short. “But it’s also about fitting into people’s lives. If you’re sitting down at lunch and you just want to play around for five minutes, this is a great way to do it: in just 20 or 30 seconds, you’re in the app, you can be trading, and then you can put it down.

“It was designed so that you could just turn it off and walk away and feel comfortable that it was going to do a reasonable thing while you weren’t watching. That was very important.”

Crucially, this ‘reasonable thing’ is defined by the user: TIQL insists that traders set a stop price for all their trades, which they guarantee for free, short-circuiting one of the potential pitfalls of spread betting, where you can lose more than you put in. And while the app is designed to be used for as little as a few minutes at a time, trades themselves come to close in a few days or a week.

“One thing that was very conscious for us was the distinction between trading and investing, and with TIQL we’re definitely looking at trading,” said Short. “We designed it so that you can get big returns in a small time but still with all the extra benefits that TIQL brings. Ultimately investing is not really a fun experience – over six months or a year you may have made your 20 percent returns – but we’re looking for 20x returns in a week, and that’s not possible unless you’re, as we would say, trading.”

A brief glance at the TIQL website – a brightly coloured homepage filled with cartoonish drawings, complete with the product tagline, “Serious Fun!” – makes it clear that this is no ordinary financial trading product.

“We’re trying to explain just how different TIQL is from everything else available,” said Short. “It’s not spread betting, it’s certainly not binary options; it has elements of all of them, but it’s completely new. It takes the best of all of those, and then adds some others as well.”

With all of these differences to other trading platforms, and with deposits as low as $5 and trades as low as a $0.01, it’s hard to see where there’s money to be made – but Nous is relying on there being a lot of ‘good brains’ out there, and on many of them being successful, and so far, it seems to be working.

So far, our players are happy – they’re depositing again and playing again, so they’re obviously comfortable with the experience, and from our back tests, we know that we’re making enough.

“While somebody else might be looking to make £1000 from one guy’s trades – they’re trying to find the people who are putting in £50,000 or something – we’re playing a numbers game,” Short explained. “We want to have hundreds of thousands, millions of players, and really just make a penny here and there. So far, our players are happy – they’re depositing again and playing again, so they’re obviously comfortable with the experience, and from our back tests, we know that we’re making enough.”

With the imminent launch of TIQL marking a new phase for the company, Nous is confident that its Isle of Man licence will stand the start-up in good stead.  Co-founder and head of product Michael Horgan, who was instrumental in finding the right jurisdiction for the business at the outset, says the testimonies of other major betting companies – along with helpful advice of government officials – convinced him that Mann was the right choice.

“A crucial thing about the Isle of Man is the prestige of having that icon on your website, which is so important for a start-up because it’s instantly recognisable,” he commented. “When I was looking at the various jurisdictions and touching base with various government officials, the Isle of Man were so helpful. The door was open; it was so easy just to ring up and talk to someone, and get advice about those decisions we had to make early on.”

“It’s a really reputable licence,” added Short. “It’s got a good reputation with good reason, in that it actually does provide real consumer benefits. We also liked the way the licence is awarded based on your business plans that take into account a large number of factors; it gets vetted by an independent auditor; so you’ve got all these independent verifications that help you get up and running fairly quickly.”

In the short-term, TIQL looks like it could be the ideal way for newcomers to enter the world of financial trading with the training wheels on. But does Short expect people to stick around?