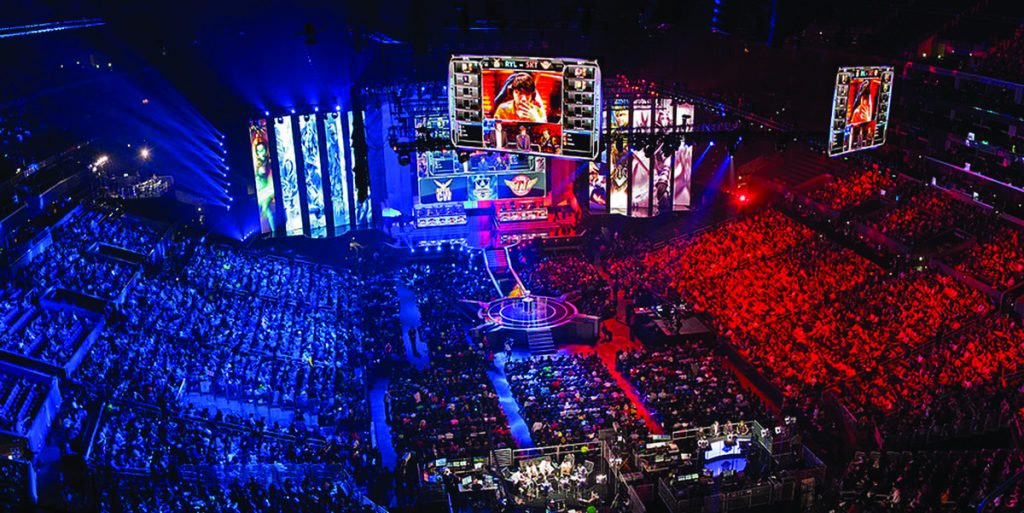 Industry stakeholders and eSports firms have come together with anti-corruption activists in a new coalition that aims to clamp down on foul play. As the new kid hits town, the newly formed ESports Integrity Coalition, the popularity of the sport continues to soar.

A group of eSports stakeholders have come together to launch the ESports Integrity Coalition (ESIC), a not-for-profit initiative aimed at tackling corruption in the sport.

According to a statement released in July, ESIC strives to be “the recognised guardian of the integrity of eSports and to take responsibility for disruption, prevention, investigation and prosecution of all forms of cheating.”

Membership of the new coalition will be open to all eSports stakeholders, with members playing a key role in determining EHIC’s ongoing policies and projects. To become a member, stakeholders must accept and implement the coalition’s full Programme, which consists of a Participant Code of Conduct, an Anti- Corruption Code, an Anti- Doping Policy and an Independent Disciplinary Procedure.

“The ESIC Programme was designed to provide solutions for the threats to eSports integrity Identified by the Threat Assessment carried out in 2015 and also available on the ESIC website,” the coalition said in a statement.

“The Programme owes a debt to cricket’s anti-corruption programme, widely acknowledged as one of the best systems in traditional sports having evolved over a decade and a half of dealing with real and challenging corruption and match-fixing cases in multiple jurisdictions.”

Of these, match-fixing and doping both revealed themselves as medium- to high-risk threats to eSports integrity, primarily because of current governance procedures.

“Cheating to lose – match and spot-fixing – is poorly dealt with and this needs to improve quickly and dramatically,” the report read. “There is little understanding of betting and how betting fraud drives match-fixing and rules and regulations are cursory where they exist at all.”

Ian Smith, who has been appointed eSports Integrity Officer for ESIC, said his two decades working in traditional sports had ideally equipped him for the role.

“It has been eye-opening and a privilege to work in eSports these past nine months and to have gained sufficient trust within the industry to be appointed the first Integrity Commissioner.

“I have spent the last 20 years working across a range of sports, involved heavily in the protection of their integrity, so I am looking forward to applying all those insights and experience to the eSports ecosystem.”

He also praised the industry for taking decisive action on integrity, stating: “There are many challenges ahead, but it is to eSports’ credit that the industry is taking these steps in anticipation of a foreseeable problem, rather than in reaction to a crisis, which is the route taken by most traditional sports to date.”

Along with a recruitment drive for new members, ESIC said it would also be rolling out participant anti-corruption education and monitoring suspicious betting in eSports using Sportradar’s Fraud Detection System and relationships with the licenced bookmaking industry.

“The world of eSport is experiencing explosive growth and it is important that the stakeholders protect its integrity in parallel,” commented Sportradar’s David Lampitt. “The creation of ESIC is a welcome milestone in that process.

“We have already adapted our industry-leading monitoring system to ensure it is fully tailored to the eSports environment, for example, including skins betting sites. We have also started to deliver bespoke educational programs with a workshop in conjunction with ESIC at the Intel Extreme Masters earlier this year.”

If anyone was still in doubt that eSports is here to stay, the establishment of a committed, focussed and unified anti-corruption group should remove the last of the doubts. Ironically perhaps, it was headline-grabbing doping and match-fixing scandals that garnered mainstream attention for eSports in the first place – causing people to scratch their heads and admit that this new-fangled activity should probably be labelled a ‘sport’ after all.

Now, as the popularity of eSports continues to grow, it’s a question of catching up with ourselves and asking what we can be doing to make sure tournaments remain fair not just to bookies but to punters, players and fans, too. A key problem with eSports is that players are, typically, very young – with some reaching the height of their success at the age of twelve.

If betting is involved, the industry has a duty of care, ensuring not just that players are educated about integrity but that they are protected from manipulation, too. It’s clear that stakeholders in both betting and eSports are taking this responsibility seriously, and the foundation of ESIC is just what is needed to put that commitment into practice.