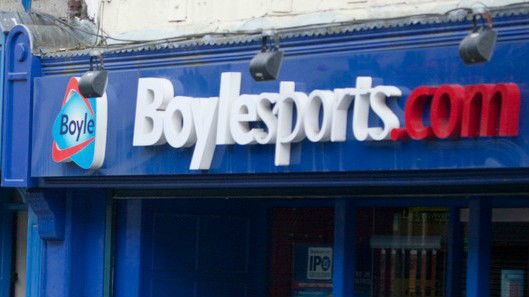 Boylesports has bid €118m to secure 360 shops from Ladbrokes and Coral. The merging bookmakers will make room for Boylesports’ first expansion outside of the Republic of Ireland and Northern Ireland.

[dropcap]B[/dropcap]oylesports has mounted a €118m bid to secure the 360 shops that Ladbrokes and Coral must sell to complete their merger. While Betfred has also been rumoured as a potential buyer, BoyleSports was forthright in its intentions to secure the sites, tabling its bid on 5 August.

Jenna Boyle, BoyleSports Retail Director, told The Sunday Business Post: “In phase one, there are in the order of 360 shops that are being looked at.

“By Friday of this week, that’s our deadline for submitting our bid. We’re in the process of reviewing our bid with a view to making that.”

The plan is to expand our regional presence in Britain. What we would like to happen, would be an acquisition of the larger scale.

The opportunity for BoyleSports comes after the Competition and Markets Authority announced in July that 350-400 Ladbrokes and Coral shops will have to be sold, the regulator identifying 642 local areas where competition could be lessened as a result of the merger.

Boyle added: “The plan is to expand our regional presence in Britain. What we would like to happen, would be an acquisition of the larger scale. The Ladbrokes Coral merger presented an opportunity for us which we definitely need to look at, so we’re driving that process.”

If the company’s bid is successful, the new venues would mark Boylesports’ first expansion outside of the Republic of Ireland and Northern Ireland, where it operates over 200 shops.

“It would establish us in the UK,” Boyle said. “It’s fairly early doors – we’re at the starting line with it. The next thing is getting past phase one – we’ll know much more at that stage.”

It is not yet clear how many shops will be sold individually by Ladbrokes and Coral.