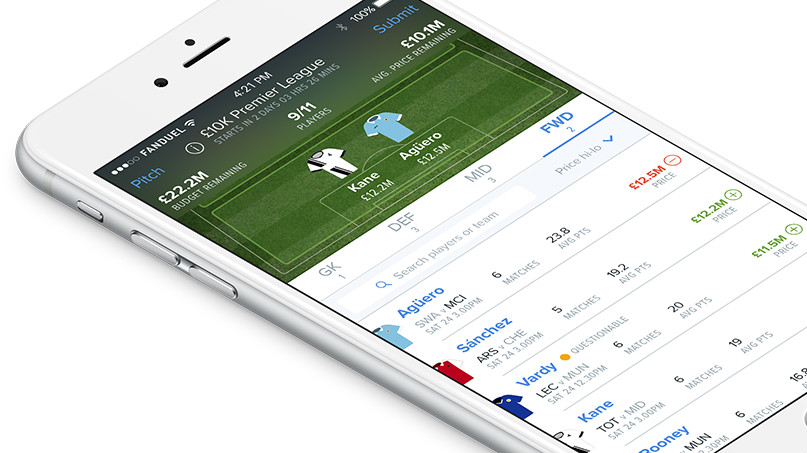 As regulation continues to tighten in the US, DFS operator FanDuel has announced a series of new player protection measures as well as a major rebrand for its logo and digital channels.

[dropcap]D[/dropcap]aily Fantasy Sports (DFS) operator FanDuel has completed a major rebrand of its website and logo as the company prepares to launch a new season-long product later this month.

In addition to several new product features, the company will be rolling out a new ‘Users Bill of Rights’ and governance page giving players information about what to expect in a contest and clarifying their rights as consumers.

FanDuel has also created a new logo, a redesigned web and mobile portal and a new marketing campaign focussing on the “enriching emotional experiences associated with sports”.

The new marketing content will be aired on television, radio and digital platforms during the entirety of the 2016-17 NFL season in America.

The move comes hot on the heels of FanDuel’s latest season-long fantasy product, which is set to launch later this month.

The company will also be unveiling a new product for the UK market.

“The past year has been tumultuous for this industry but FanDuel has emerged stronger than ever and we are ready to lead the industry forward,” commented FanDuel CEO Nigel Eccles.

“The new FanDuel brand reflects our commitment to transparency, innovation and enhancing the user experience. We are confident it will showcase what we have to offer to all sports fans.”

The latest features, including the ‘Bill of Rights’, will be seen as an effort to comply with a spate of new regulation in the USA.

In a statement made on Tuesday, FanDuel said it would shortly be launching beginner contests for new players, labels for highly experienced players and a wider range of contest options for players of all levels.