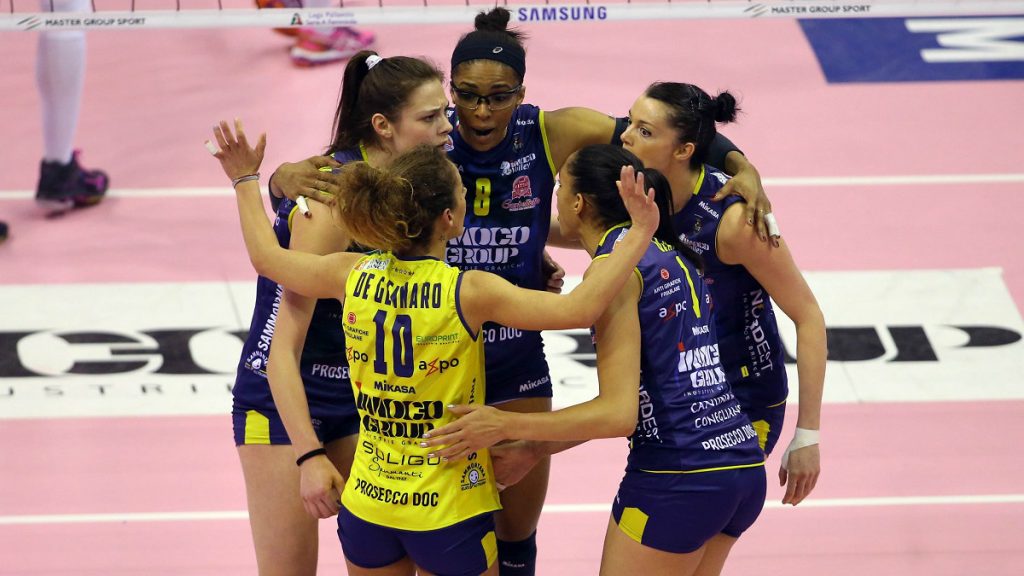 [dropcap]T[/dropcap]he Sportsman Media Group (SMG), which was acquired by Sportradar earlier this year, has made a deal for the international audiovisual rights for the next four seasons of the Lega Pallavolo Serie A Femminile across  broadcast media distribution and betting channels.

Founded in 1987, the Lega Pallavolo Serie A Femminile is considered one of the leading women’s volleyball leagues worldwide with current CEV Volleyball Champions League winners Pomi Casalmaggiore competing within the league.

The organisation looks after the top two women’s volleyball leagues in Italy: Serie A1 and Serie A2, in addition to staging the A1 Italian Cup and the A2 Italian Cup, plus the Italian Super Cup.

“We are confident that we will secure a broad international distribution for this league, ensuring existing and new fans can enjoy this showcase of women’s volleyball,” said Lutz Tigges, SMG’s senior director of media acquisitions & projects.

Due to the high number of international stars playing for Italian clubs, SMG is confident be able to distribute the league in a number of key volleyball markets.

“I am particularly proud of this four-year agreement with SMG, our league keeps on growing, attracting more and more fans and investors,” said Mauro Fabris, president of Lega Pallavolo Serie A Femminilie.

The rights for the broadcast media distribution of the league will be exclusively distributed by SMG’s media rights team on a global basis (outside of Italy, San Marino and the Vatican City). The agency plans to offer a package of approximately 50 matches per season live to broadcasters which will contain the ‘match of the week’ as well playoffs and the cup finals.

“SMG will ensure our product is picked up worldwide, offering a promotional spotlight for our clubs and players, we are travelling in the right direction and we plan to grow even more,” added Fabris.