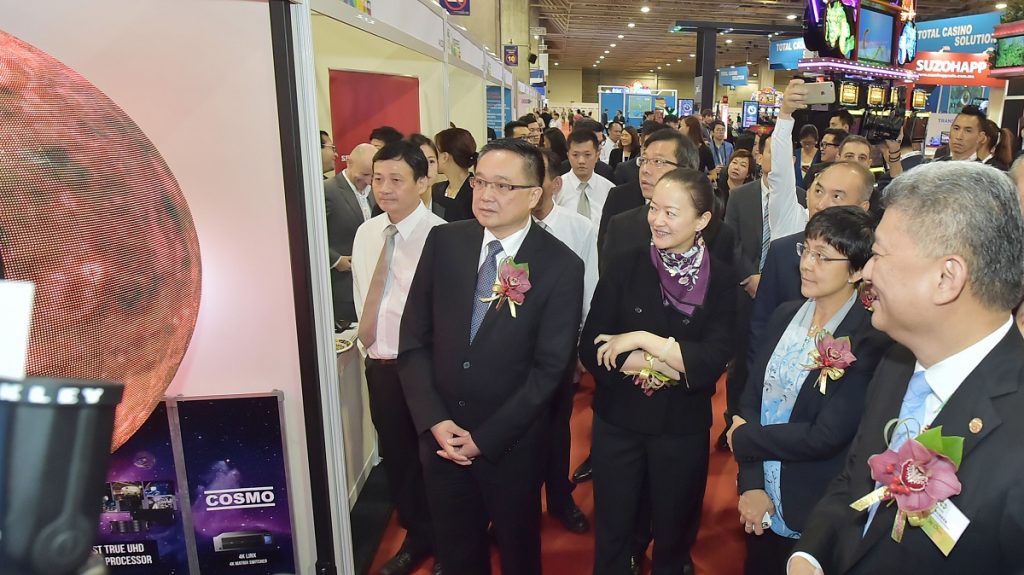 The MGS Entertainment Show – Creativity & Innovation (MGS), the fastest growing exhibition on the international gaming calendar, has reported a stronger commitment to the event from the mainland Chinese buying sector and a growing interest in the internationalisation on the showfloor, according to the findings of its 2015 Survey.

[dropcap]T[/dropcap]he MGS annual indicator showed that as many as 58% of its mainland Chinese visitors now use the November outing as their only exhibition attendance in the sector. The key visitor finding coincides with another notable factor – the significant rise in the number of international companies represented at MGS (55), which has almost doubled over the last three years. The MGS survey examined performance feedback, customer satisfaction and new initiatives, and has been used to help shape the show’s new three year vision which is due for presentation to the global industry in the coming weeks.

The MGS analysis, which focused on the response of both visitors and exhibitors to the Asian gaming industry’s 2015 exhibition, produced encouraging results for the show itself, as well as signals of intent going forward. Its major findings included:

74% of MGS visitors were drawn from the senior buying positions, holding the authority to approve or recommend purchases

55 countries are now represented on the MGS showfloor

Elf Hui, recently appointed MGS Event Organiser, responded positively to the findings, stating: “Obviously, these are encouraging figures for the show and provide support and reinforcement to our clear objectives. But more importantly, the findings offer an insight to the future direction of our marketplace and sends an interesting signal as to where the questions, and most importantly, the commercial intentions are being directed.”

Mainland China is, without a shadow of a doubt, the largest mass market of buyers on the planet

She explained: “The response from our Chinese visitors, for example, is very telling. Mainland China is, without a shadow of a doubt, the largest mass market of buyers on the planet. And their response is very interesting, not just for its specific support of our own show, but also for the timing of its message. It is no coincidence that the Chinese Government’s One Belt One Road program of investment around the Asia Pacific region is currently on the agenda and many industrialists are watching this intently. At the same time, in our own home market, the Macau SAR Government’s plan for economic diversity is also a sign that the trading doors are open between Macau and the rest of the region and the world. Both programs ultimately mean business and investment; and both clearly are defining the trading boundaries for which MGS is a significant gateway.”

The 2015 findings have already been put to good use at the MGS Entertainment Show. On a micro level, the show has renamed and rebranded to incorporate the broader based industry that services a gaming and entertainment hub; it has channelled extra focus into the technological arm of the global industry, a direction that will be supported by long term show advocates such as the Novomatic Group of Companies; and it has strengthened its links with the Government through a series of joint initiatives to help drive the economic growth of the region.