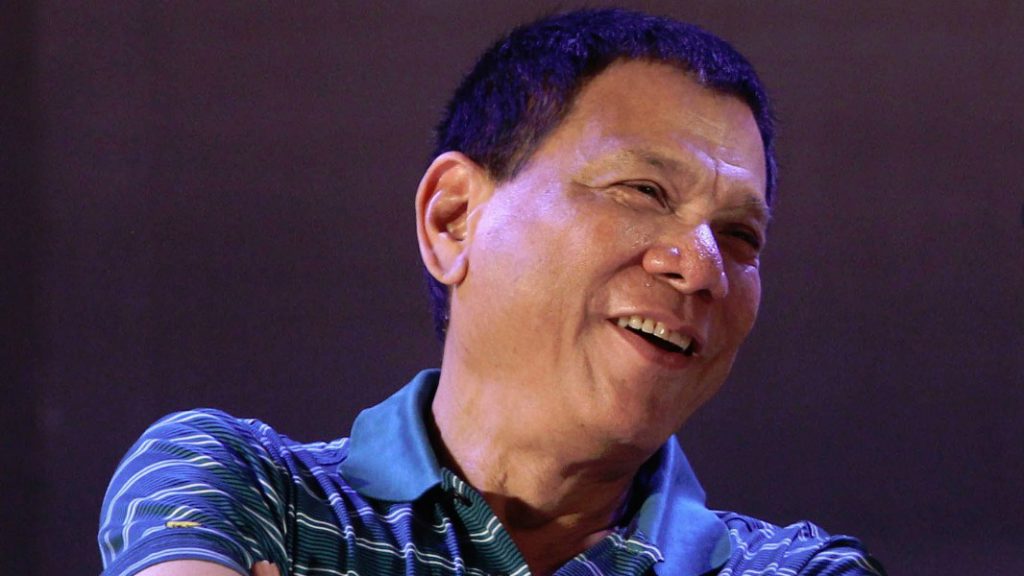 Dubbed ‘the Punisher’ by Time Magazine and ‘Duterte Harry’ by the Telegraph for his crusade against crime, drugs and traffic congestion, the Philippines’ new president Rodrigo Duterte now appears to have set his sights on the country’s regulated online gambling industry.

[dropcap]S[/dropcap]hares of e-gaming companies operating in the Philippines slumped at the end of June, after the newly sworn-in 16th president, Rodrigo Duterte, made the surprise announcement that “online gambling must stop” during his first cabinet meeting.

“In Davao they’re at it but I stopped it on time,” said Duterte, former mayor of the city on the island of Mindanao. “It’s not good to be gambling all the time and there is no way of collecting taxes there online.”

A number of Asia-facing international online gambling operators are based in the Philippines, operating under licenses issued by the First Cagayan Leisure and Resort Corp under the Cagayan Economic Zone Authority (CEZA).

However, by law, these operators are prohibited from accepting bets from Philippine nationals, and for the moment it seems likely the regulator will focus on the gaming terminals in PAGCOR-licensed eGames cafés, which are accessible to local residents.

For now, we will freeze the issuance of licences for these types of games, and then review what the president said

These terminals are provided by a range of companies, including DFNN, Asian Logic’s MegaSportsWorld, Leisure & Resorts World Corp and PhilWeb. The ongoing concerns in licensing have already had an impact on businesses, with PAGCOR opting only to renew PhilWeb’s gaming license until 10 August 2016 this time around.

Nevertheless, the lack of detail in Duterte’s comments left even the new head of PAGCOR in the dark with Domingo admitting that there was no long-term plan in place for the industry.

“For now, we will freeze the issuance of licences for these types of games, and then review what the president said,” she commented in a radio interview.

In the meantime the regulator has announced it will temporarily stop processing licence applications for e-bingo parlours and gaming cafés pursuant to the new president’s directive.

In a speech made in July, Duterte suggested that taxation issues were a major part of the plan to cancel licences. “There is no way of knowing how to collect taxes on gambling bets outside the Philippines because [the transactions are] online,” he said. “This has to stop.”

During his electoral campaign Duterte had directed the majority of his criticism against gambling towards ‘jueteng’: a numbers game dating back to the Spanish colonial period that remains widely popular in the Philippines, particularly in rural areas.

In an effort to curb the popularity of jueteng in the 1980s, the Philippine Charity Sweepstakes Office (PCSO) sanctioned and operated a similar game, Small Town Lottery (STL). Since the two the games had similar mechanics, STL was co-opted and used as a front by jueteng operators and in 2012, Sen. Miriam Defensor-Santiago disclosed that illegal revenues from jueteng amounted to P30bn (E600m) annually.

During his election campaign Duterte promised to eliminate the ‘jueteng lords’ in addition to those running other illegal games such as Last Two, Masiao and Swertres.

While Duterte’s presidency is likely to inspire dread for many of the online operators and café owners in the Philippines, on the other hand, the illegal gaming industry would not seem to be his top priority at present.

In spite of the tough words levelled at jeuteng, he has stated that he needs to focus his resources on combating the drug trade, suggesting that an all-out attack on illegal gaming may be pushed to the back of the queue.

“I’m not taking on gambling now because it will take us off our focus,” he has said. “We can’t add more because we will stretch our resources. Gambling has to stop, but in the meantime, I am focused on the drug menace.”

The full scope of Duterte’s campaign against gambling remains to be seen, but there is likely to be economic fallout should the president target CEZA-licensed operators. International online gambling sites have created thousands of jobs in the Philippines, which will disappear if companies are forced to relocate their operations out of the country.