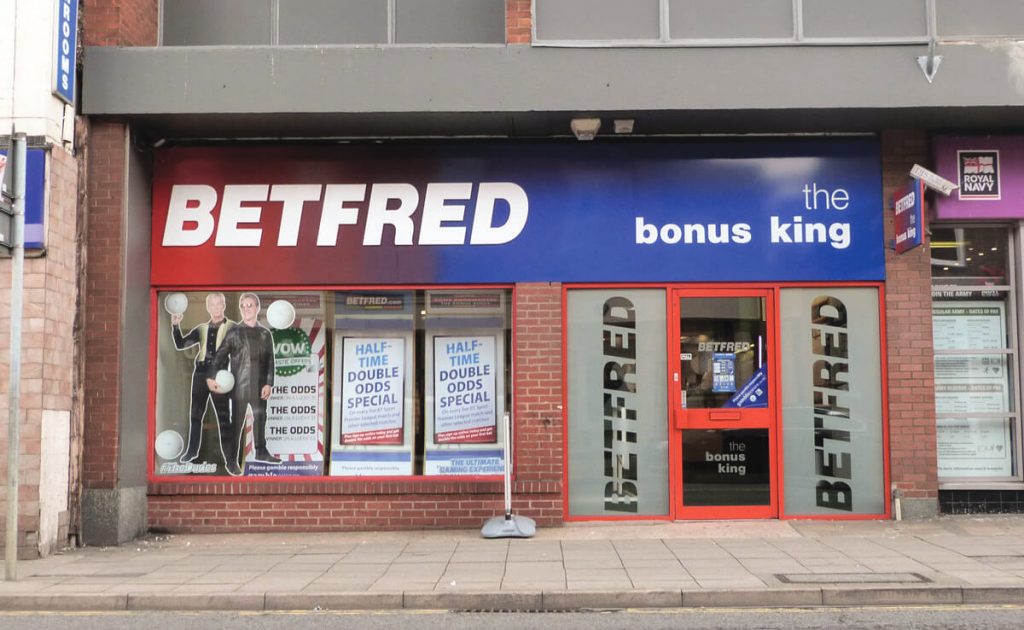 Under a settlement reached in conjunction with the UK’s Gambling Commission, Betfred will donate £800,000 to socially responsible causes as well as undertaking an extensive audit of its anti-money laundering procedures and customer care policies

[dropcap]B[/dropcap]etfred has opted to pay £800,000 to the victims of crime and selected socially responsible causes after the Gambling Commission reported that the bookmaker had failed to identify signs of fraudulent activity in one of its customers.

The Gambling Commission’s investigation followed the news that one of Betfred’s customers had been sentenced to three years and four months in jail for stealing money from his employer, a substantial amount of which was spent in their online betting activities with the company.

Matthew Stevens, an accountant, had defrauded the Leeds-based firm he worked for to the tune of around £850,000 to fund his gambling addiction, and had been enticed to spend money with Betfred through free bets and days out.

Richard Watson, programme director at the Commission, said: “We had identified a number of weaknesses in the anti-money laundering and social responsibility controls used by Betfred. The penalty package of over £800,000 reflects these failures.”

Under the terms of the settlement, £443,000 will be paid to the victims of the criminal activities. A further £344,500 will be paid, in lieu of a financial penalty, to socially responsible causes agreed with the Commission. Betfred has also agreed to meet the Commission’s investigation costs.

In addition, under the settlement, Betfred will launch an independent third party review and audit of its anti-money laundering and social responsibility policies and procedures, including enhanced customer due diligence and on-going monitoring practices. A spokesman for Betfred said the company had “greatly strengthened” its policies and would continue to work closely with the Gambling Commission in future.

“Betfred notes the findings of the Gambling Commission relating to a historical case of an online customer,” he said.

“We have greatly strengthened our policies and will continue to review and update our anti-money laundering and social responsibility procedures.

“The Betfred Group remains fully committed to working with the Gambling Commission and the rest of the industry to strengthen existing controls.”

We have greatly strengthened our policies and will continue to review and update our anti-money laundering and social responsibility procedures.

This incident, and resultant punishment, has added to a list of several operator indiscretions that the Commission has had to acknowledge in the last 10 months, leading to around £3.75m in penalty packages.

Coral shelled out thousands for failing in its duty to prevent money laundering and problem gambling, while Paddy Power were also punished for their part in encouraging a problem gambler to keep betting.

Watson added: “The outcomes and findings in these cases provide a clear signal to operators of the need to learn the lessons from these for social responsibility and money laundering controls, or risk facing tougher sanctions.”

The Gambling Commission also recently took the pro-active step to warn multiple operators on how they should manage novelty betting markets in relation to pre-recorded television shows such as the Great British Bake Off and Strictly Come Dancing.

It was reported in October that Ladbrokes conducted an investigation after finding that 42 new customer accounts had been opened by players with links to BBC workers and Love Productions, which independently produces the Great British Bake Off. Operators took 529 bets through suspicious accounts in total.

A Commission spokesman said: “In a world of social media and rapid communication, the outcome of these markets is likely to be known to an ever-expanding group of consumers before the result is formally announced.

“We therefore require operators of these markets to demonstrate a robust management of the associated risks in order to ensure they uphold the licensing objectives.”