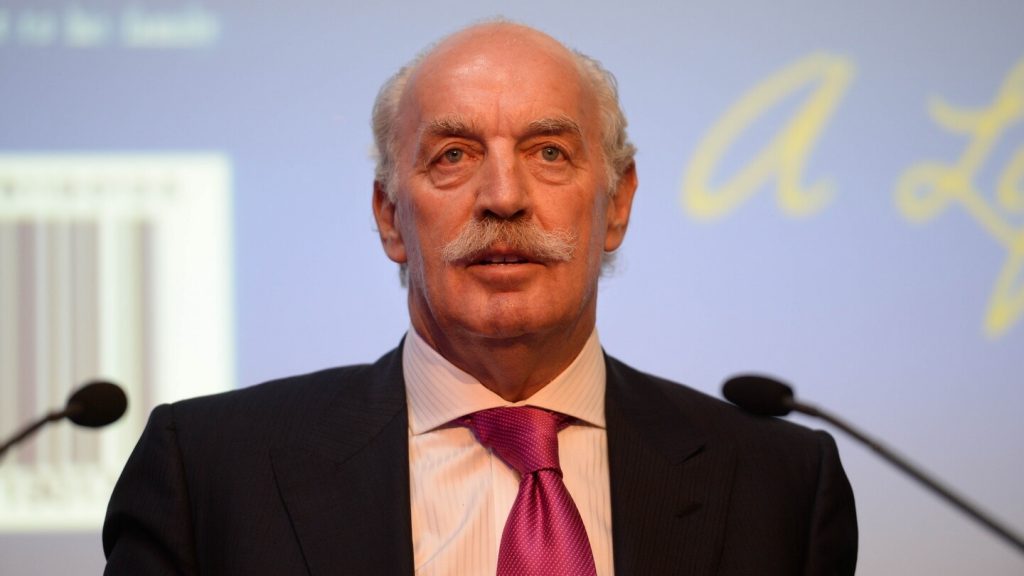 The appeal board of the UK Takeover Panel has ruled against Dermot Desmond’s request for a shareholder revote in a row over the Ladbrokes’ merger with Gala Coral.

[dropcap]D[/dropcap]ermot Desmond, a prominent shareholder in Ladbrokes, has failed in his appeal against the company’s planned merger with Gala Coral.

Desmond, who owns 2.72 percent of the bookmaker’s shares, had voiced his displeasure over the decision to disclose an agreement with Playtech on the day before the Gala Coral merger was announced.

Speaking to fellow Ladbrokes shareholders at a general meeting in November 2015, he said: “It is clear that Ladbrokes has failed to adequately disclose the basis for the extraordinary payment to Playtech. It was only in response to our requests that the Playtech amendment agreements were belatedly published on the company website.”

The Playtech agreement states that Ladbrokes will pay the software company €51.7m (£40m) worth of shares on completion of the merger, as well as a number of future payments, dependent on the performance of the firm.

Desmond added that the merger was “not a good deal for Ladbrokes shareholders”, advising that “shareholders should vote against it and insist that an independent committee of the board, with appropriate advice from an independent investment bank, review all the strategic options open to Ladbrokes in a very active M&A market”.

As a result, Desmond instructed his lawyer to request the UK Takeover Panel’s appeal board to hold a second shareholder vote on one of the resolutions placed before the general meeting, although this request has now been turned down.

In its response to the request, the appeal board said: “The circular could have given more contextual information about the justification for the £75m payment, but…if there had been fuller disclosure, buy ventolin inhaler online there is no rational basis for concluding that the outcome of the shareholders meeting could have been different.”

Ladbrokes expects to complete its merger with Gala Coral by the start of 2017, but the deal ran into choppy waters recently when the UK Competitions and Markets Authority (CMA) suggested that the bookmakers could be forced to sell around 10 percent of their combined retail estate if the agreement is to be finalised.

Desmond had also raised concerns about the required sales following his letter to shareholders last year. In a statement released by Ladbrokes on November 19, the board acknowledged Desmond’s letter and reiterated the strategic benefits of the merger, including the potential to deliver faster online growth and the creation of the UK’s largest LBO estate.

It read: “The Board remains confident that shareholders will see the attraction of the proposed merger and continues to work towards a successful conclusion to the proposed transaction.”

The bookmaker’s confidence turned out to well founded when a minority of shareholders accounting for just 3.64 percent of Ladbrokes shares voted against the move, while almost 766 million votes were made in favour of progressing with the merger.

Following the vote, Investec issued a statement expressing confidence in Ladbrokes shares. A special report by the asset management group suggested that it would take the sale of fewer than 400 shops to appease the CMA, and that the merger would offer strong value accretion.

“We see the deal providing Ladbrokes with the opportunity to improve its revenue growth rate, derive synergistic benefits, bolster management with what we believe is an extremely experienced team (in both gaming and turnaround strategies), improve technology in retail (Coral Connect), gain scale and enhance the dividend yield,” it said.