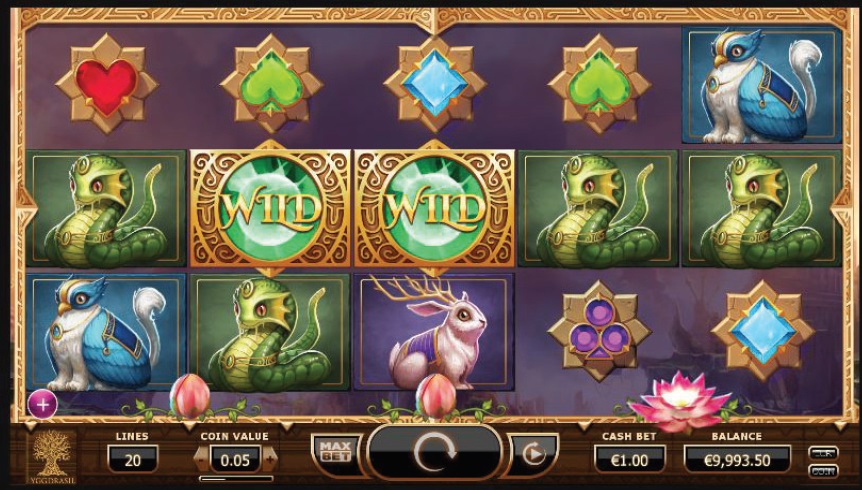 With mobile gaming on a seemingly unstoppable rise, software developer Yggdrasil has invested heavily in creating a platform that can ensure a slick and intuitive user experience for gamers who play on the go.

[dropcap]A[/dropcap]s ‘omni-channel’ continues to dominate discussions around gaming, the CEO of Yggdrasil believes that one channel in particular is set for further growth – and with a state-of the-art client framework, he’s also confident that he can keep operators ahead of the curve.

“The big trend in iGaming remains the growth of mobile, and this has been a primary focus for Yggdrasil,” said Fredrik Elmqvist. “We’ve invested in the best client framework on the market, iSENSE 2.0, so all our content now has a slick interface, smooth gameplay and the fastest download times.”

This latest innovation, released by the company in late 2013, was designed by the company in response to the explosion of mobile gaming and the increasing demand for cross-platform content. To cater for an increasingly fast-moving and tech-savvy audience, iSENSE combines HTML5 canvas elements and CSS3 transitions as well as stop motion and particle animations, contributing to a seamless user experience.

“The iSENSE 2.0 platform means we’ve been able to quickly establish ourselves as trendsetters across online casino,” said Elmqvist. “For instance, all our games are now truly cross platform, so the mobile versions offer the same gameplay experience as the desktop. We don’t have to remove animations or effects like many developers do. It is a glimpse into the future of cross platform gaming.”

According to Elmqvist, customer retention can be just as important as customer acquisition, which is why the company has also invested in a suite of promotional tools – BOOST – and continually strives to differentiate itself from the competition.

“We are leading the way in other areas, like the gamification layers we are adding to our collection of promotional tools, BOOST,” he added. “Engagement has never been more important, so we are constantly experimenting with new ways to keep players coming back.”

This applies not just to the fresh promotions and tournaments offered by BOOST, but also in Yggdrasil’s content – which strives to be “best-in-class” from both a design and a gameplay perspective.

“Generally speaking, I’d say that over recent years the emergence of a number of new providers means it is no longer possible to enjoy success in this sector without developing best-in-class content,” Elmqvist commented. “You need the very best in graphics, game design and technology.”

The company has recently celebrated a successful move into the UK market, attaining its licence from the Gambling Commission late last year and brokering deals with a number of major operators shortly after. Elmqvist admits that it’s a saturated market, but says he is certain that Yggdrasil can rise to the challenge.

“The UK is probably the most competitive market in the world for gaming, but this makes us even more determined to succeed,” he commented. “There is no doubt it can become a very important market for Yggdrasil, and our early deals suggest there is a big appetite for our content. It has been a very encouraging start given that we only received our licence at the end of last year, and we certainly see many more opportunities for growth in the market.”