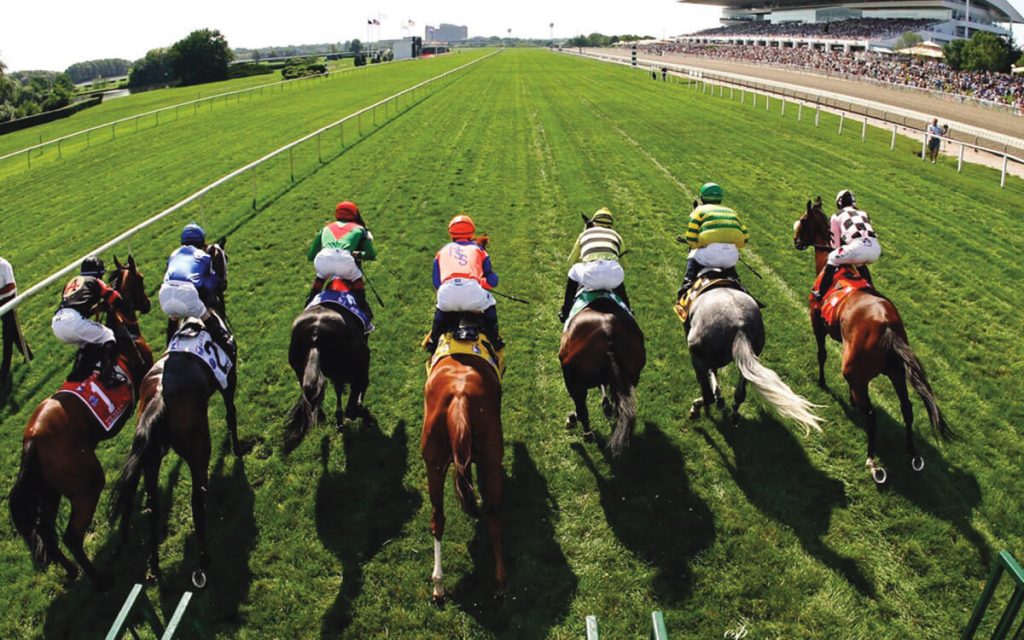 Sportsbook takings took a hit from an abysmal Cheltenham and a series of punter-friendly results in European football, while the bookmaker’s bottom line continues to be impacted by stormy regulatory waters both at home and abroad. Nonetheless, strong performance in the US and Australia and a new online strategy could be the silver lining the firm is looking for.

[dropcap]U[/dropcap]K-based bookmaking giant William Hill has seen its fortunes buffeted by a spate of poor sports results and lower-than-expected growth in core markets for the first quarter of the year. In what CEO James Henderson described as a “tough start”, William Hill’s online net revenue sunk by a record 11 percent year-on-year, with online gaming down four percent and sportsbook down by 17 percent.

The operator blamed the fall in profits partially on a now-infamous Cheltenham festival, which saw UK bookmakers lose around £50m in profits over the course of the three-day event. WH also pointed to a weak performance in its “non-core markets” outside the UK, Spain and Italy and a series of customer-friendly European football results, which were only partially offset by the English Premier League.

Online was also impacted by new self-exclusion measures and self-set time-outs – the mandatory measures implemented by the UK Gambling Commission as a harm minimisation measure last year. WH insisted it was “monitoring this closely” but admitted that so far the downwards trend has remained unchanged.

“It has been a tough start to the year in Online, which is being impacted by both regulatory change and a gross win margin below normalised levels due to a disappointing Cheltenham festival and unfavourable European football results,” commented CEO James Henderson. “Trends in recent weeks remain in line with the guidance we gave in March.”

Following the appointment of Crispin Nieboer as managing director of online, William Hill set out three strategic priorities to return its digital operation to growth, with product development and Project Trafalgar remaining at the centre of the firm’s strategy.

Highlighting its ambition to “offer the best customer experience”, the company said it would continue to focus on innovation after the recent launch of one minute markets for football and Cash in My Bet for horseracing, multi-language versions of the Trafalgar front-end and the completion of the roll-out of Trafalgar on Android operating systems.

Other strategic priorities will include a focus on customer acquisition through affiliate marketing and targeted bonusing spend, and continuing to expand internationally while rolling out further local language sites in existing jurisdictions.

In retail, over-the counter net revenues flatlined as lower turnovers were offset by a 0.6 percent improvement in gross win margins year-on-year. Gaming machine revenues increased by four percent against Q12015, with the company seeing growth of nine percent after the UK government introduced a £50 anonymous staking measure on 1 April 2015.

The bookmaker is currently attempting to differentiate its B2 gaming offer with the development of proprietary gaming machines complete with the company’s self-developed suite of games, which it has already started to roll out across its UK retail empire. According to the company, more than 500 self-service terminals are set to arrive in the shops before the start of the Euros, with at least 2,000 to hit shops by the end of 2016.

“In Retail, it is pleasing to see gaming growth improve against and we are on track with the roll-out of our self-service betting terminal before the Euros, allow us to bring the best of Online to our shops ahead of a big summer or sports,” Henderson said.

William Hill Australia saw some of the most positive results, with local currency wagering up by ten percent and William Hill brand wagering 22 percent. The company is also focussing on expanding its branded customer base in the country, a tactic that has led to a 46 percent hike in new account holders and a one percent rise in brand-active players.

Nevertheless, WH’s performance in the region is likely to be hampered by the Australian Government’s recent ruling against online in-play betting. The bookmaker had previously offered in-play betting via its “click-to-call” app, but a government ruling on the 28 April in response to the O’Farrell report on internet gaming found that such apps were in contravention of the country’s current rules on online live betting.

William Hill said in a statement that it was awaiting further clarification. Meanwhile, in the US, local currency wagers were up 31 percent and net revenue was up 38% with gross win margins higher year-on-year, benefiting from a positive Super Bowl result in February.

“Australia is showing benefits of our improved offering and strengthening brand in the market, and the US continues to be strong,” said Henderson.