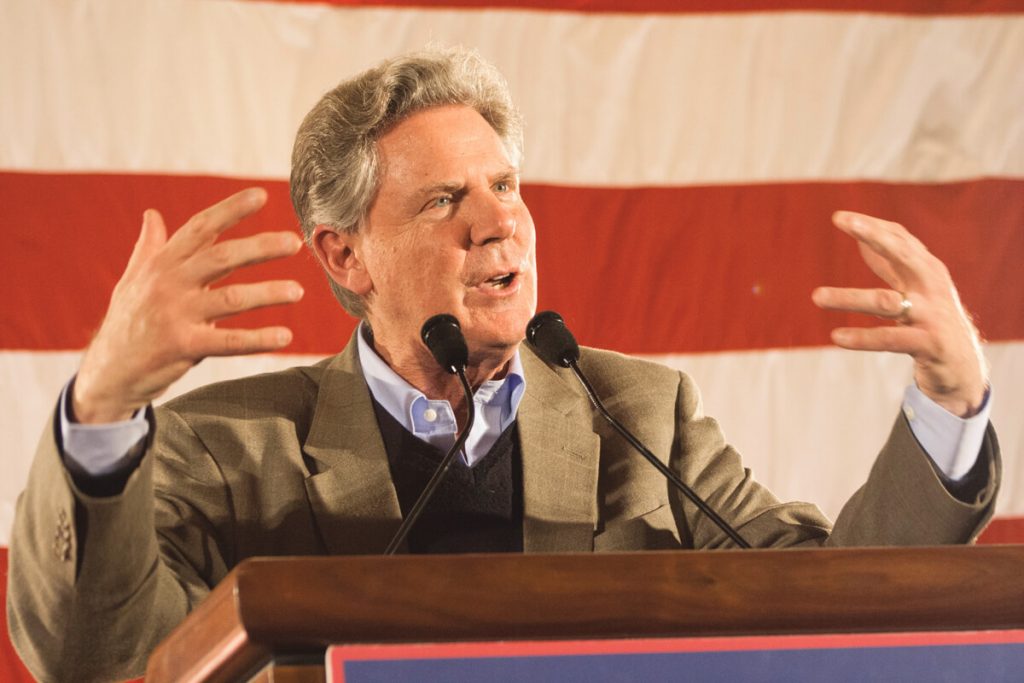 While the congressional hearing on DFS was hampered by the lack of participation by leading players in the industry it offered a faint glimmer of hope for the legalisation of sports betting at a national level.

[dropcap]S[/dropcap]even months after DraftKings and FanDuel were originally caught up in insider trading allegations, the US Congress has finally shone a spotlight on the DFS industry – but the hearing before the House Energy and Commerce Committee’s Subcommittee on Manufacturing and Trade did little to raise hopes that Congress is prepared to legislate on DFS.

Appropriately named New Jersey congressman Frank Pallone stole the show, his comments cutting to the heart of a topic that was clearly unfamiliar to many of his colleagues.

“Despite its growing popularity DFS are currently operating in a murky legal framework by an industry that is mostly unregulated,” said Pallone. “To date the leagues and others have not sufficiently explained the difference between fantasy sports, sports betting, and other forms of gambling.”

Pallone, the committee’s ranking Democrat, first called for a hearing into DFS in September, around the time the insider trading scandal broke.

The representative for New Jersey raised the question of the rationale behind DraftKings and FanDuel’s decision to apply for gambling licences in the UK while arguing that DFS is a game of skill in the US.

“I must also mention the hypocrisy of those arguing that DFS is readily distinguishable from traditional sports betting,” he said. “While quietly applying for and receiving gambling licences in the UK, DFS operators continue to argue that DFS is not gambling.”

This line of questioning led to an exchange with Peter Schoenke, RotoWire.com president and chairman of Fantasy Sports Trade Association.

“The laws of the US are very different to those of the UK,” he argued. “In the UK any game of skill is also classified as gambling while in America, in most states, if a game has more skill than luck it’s not considered gambling.”

But Pallone countered: “It sounds like the difference is that in one country they have a lot of smart lawyers or lobbyists that are defining things in one way and in the other they’re not but the game is the same.”

The Democrat also raised the question of the distinction between DFS and sports betting, arguing that the opposition of major sports leagues to sports betting is likely to be financially motivated.

“The professional sports leagues have reaped huge profits from their partnerships with DFS operators and at the same time most remain stubbornly opposed to sports betting on the grounds that their players could become involved in gambling and organised crime if it were legalised,” stated Pallone. “Yet an estimated $400bn is spent annually in the US on sports betting, 99 percent of which functions exclusively through organised crime.

“In New Jersey voters approved a two-to-one referendum in 2011 to allow sports betting at casinos and racetracks. In response every major professional sports league joined together and sued the state to stop this implementation and stifle the will of the voters.”

More than 30 states have considered legislation to oversee DFS operators in the last year with four states – Virginia, Mississippi, Tennessee and Indiana – approving legislation to legalise and regulate the industry.

Given the typical slow-moving nature of Congress, coupled with the election year and the absence of the industry’s major players, industry commentators do not have high expectations for the proceedings and, for the immediate future, DFS legislation will continue to be on a state by state basis.

“My pessimism of there being any significant movement stems from the absence of key stakeholders,” said Daniel Wallach, a lawyer and shareholder at Becker & Poliakoff.

“While the subcommittee appears to have concerns about the contradictory nature of emerging state legislation, the key question is whether Congress should step in.”